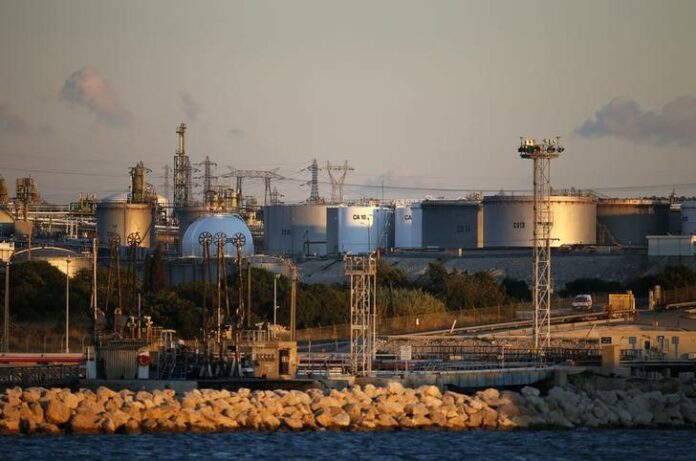 © Reuters. Oil was higher on Tuesday.

Investing.com – Crude oil prices were higher on Tuesday, amid uncertainty over Libyan exports and Canadian production losses as the U.S. said it wants to help allies replicate its oil production boom.

U.S. Energy Secretary Rick Perry said on Tuesday that the .

“We are bearing witness to this astonishing energy miracle,” Perry said at the opening ceremony of the triennial World Gas Conference.

“But this is not just about exporting our energy bounty, it is about exporting the technology, the know-how, that unleashed our bounty in the first place,” he said. The U.S. is among the world’s top natural gas producers, crude oil producers and has increased exports since last year.

The price of oil was also driven higher after Eastern Libyan commander Khalifa Haftar’s forces gave control of oil ports to the National Oil Corporation (NOC) based in the country’s east. The official state-owned oil company will no longer be allowed to handle oil, increasing risk that oil output could stop.

Meanwhile in Canada, production problems at its largest oil sands facilities increased U.S. crude to its highest premium since 2014.

Investors remained concerned by rising output from Organization of the Petroleum Exporting Countries (OPEC). The organization agreed on Friday to raise output at a nominal increase of 1 million barrels a day (bpd). While OPEC members will add around 700,000 barrels a day, non-OPEC oil suppliers led by Russia would add the rest.

Investors are looking ahead to data on U.S. commercial crude inventories to gauge demand. The is due to release its weekly report for the week ended June 22 at 4:30 PM ET (20:30 GMT), amid forecasts for an oil-stock drop of around 2.4 million barrels.