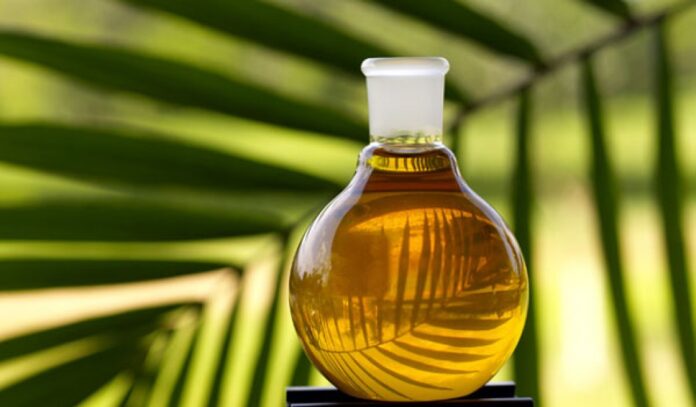 Palm falls most in a week on slower exports

The benchmark palm oil contract for September delivery on the Bursa Malaysia Derivatives Exchange was down 0.6 percent at 2,277 ringgit ($566.28) per tonne at the close of trade, its biggest daily drop since June 19.

The contract had risen to a one-week high in the previous session, but is still trading in a two-year-low range.

Trading volume stood at 29,395 lots of 25 tonnes each at the end of the trading day.

Malaysian palm oil exports for June 1-25 fell 14.1 percent from the corresponding period a month ago, cargo surveyor Societe Generale de Surveillance reported on Tuesday, on weak demand from key markets such as Europe, China and Pakistan.

Palm also declined, tracking overnight losses in US soyoil. The Chicago July soybean oil contract eased 0.9 percent on Monday, but was last up 0.2 percent on Tuesday.

US grains were down on expectations of bumper harvests of corn and soybeans and on trade tensions between US and China.

In other related oils, the September soybean oil contract on China’s Dalian Commodity Exchange fell 0.1 percent, while the Dalian September palm oil contract was up 0.6 percent.

Palm oil prices track the performance of other edible oils, as they compete for a share in the global vegetable oils market.