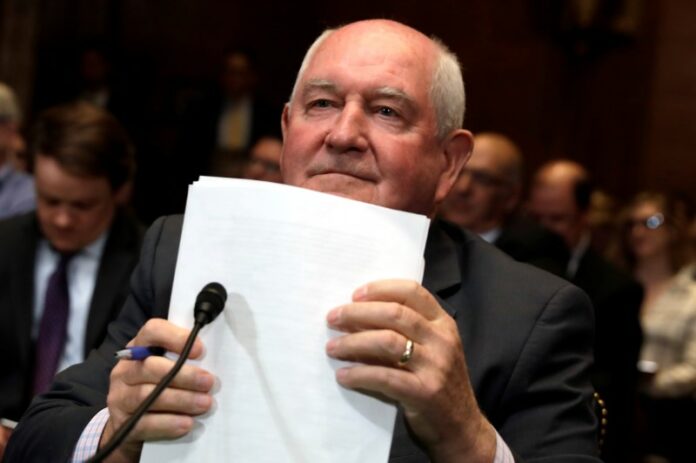 “They understand that China has not been a fair player,” Perdue said in a speech to a trade show for the fresh produce industry.

He said Trump had authorized him to protect farmers from economic harm caused by trade fights and he hoped to have a plan in place by the time farmers begin their fall harvest if no resolution has been reached.

“We will not allow agriculture producers to bear the brunt of China’s retaliation as we defend our own interests as a nation,” Perdue said.

Perdue said at a news conference the Commodity Credit Corp (CCC) could be one of the major tools used in any plan to compensate farmers hurt by the trade fight. The CCC has broad authority to make loans and direct payments to U.S. growers when prices for corn, soybeans, wheat and other agricultural goods are low.

Congress lifted certain restrictions on the U.S. agriculture secretary’s authority to use CCC funds in the Bipartisan Budget Act of 2018.

In an opinion piece published in USA Today on Monday, Perdue said he would not tip his hand about what the U.S. Department of Agriculture planned to do.

The economic impact on farmers changes daily based on market conditions, Perdue said.