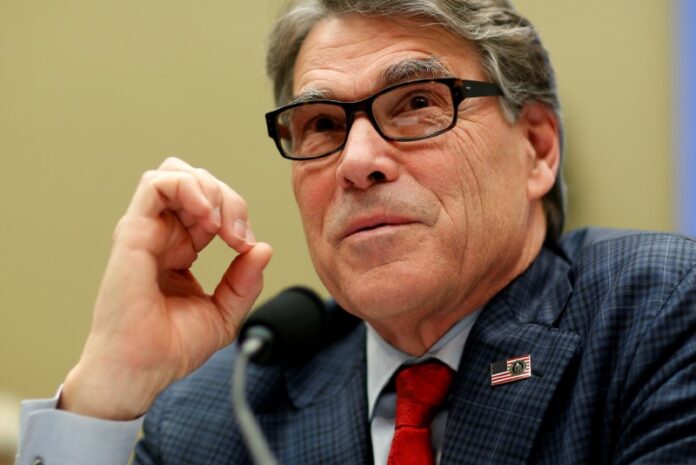 U.S. seeks to export its ‘energy miracle’ even as trade tensions mount 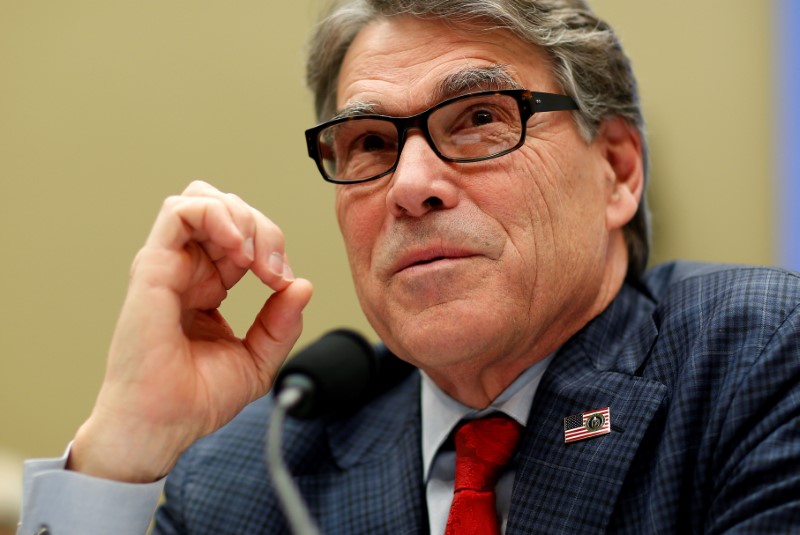 © Reuters. U.S. Secretary of Energy Perry testifies to the House Energy and Commerce Committee in Washington

By Ernest Scheyder and Scott DiSavino

“We are bearing witness to this astonishing energy miracle,” Perry said at the opening ceremony of the triennial World Gas Conference, referring to a surge in U.S. fossil fuels production over the past several years made possible by advanced hydraulic fracturing drilling technology.

The Trump administration has said it is eager to expand fossil fuel supplies to allies through supply agreements and technology sharing even as it imposes steep tariffs on steel, aluminum and other imports and deals with retaliatory measures against U.S. crops, motorcycles and other products including petroleum.

The United States has become the world’s biggest natural gas producer, one of the top crude oil producers, and a growing exporter of both since last year.

The administration has said it hopes exporting energy and related technology will help create alternatives to geopolitical rival energy producers like Russia, while also forging bonds with big consumers like China.

The International Energy Agency expects global gas demand to grow an average of 1.6 percent per year over the next five years, with Chinese consumption leading the way, according to the latest forecast released Tuesday.

But the trade dispute between the United States and China could make things complicated in the short-term.

Beijing this month proposed 25 percent retaliatory tariffs on U.S. petroleum imports, which are expected to dent sales to the U.S. shale industry’s largest customer and further pressure American firms that produce gas as a byproduct of oil drilling.

LNG imports have so far been spared, but the industry is concerned that the supercooled gas could be next if China’s talks with Washington sour.

Longer-term, the IEA said the global gas market also faces the challenge of reducing its cost competitiveness in emerging markets, and of tamping down on leaks from the industry of methane, one of the most potent greenhouse gases.

Gas is widely viewed as one of the cleanest fossil fuels because it burns more efficiently than oil or coal, but gas can be lost in production and transport.

The conference has drawn executives from global energy giants like Exxon Mobil Corp  (N:), BP Plc  (L:), and Total, along with senior officials from the U.S. State Department’s energy bureau, and ministers from energy producers and consumers like Argentina and Indonesia.

It follows last week’s OPEC meetings in Vienna, where the partner countries agreed on a modest increase in oil production from next month, following calls from major consumers to curb rising fuel costs.