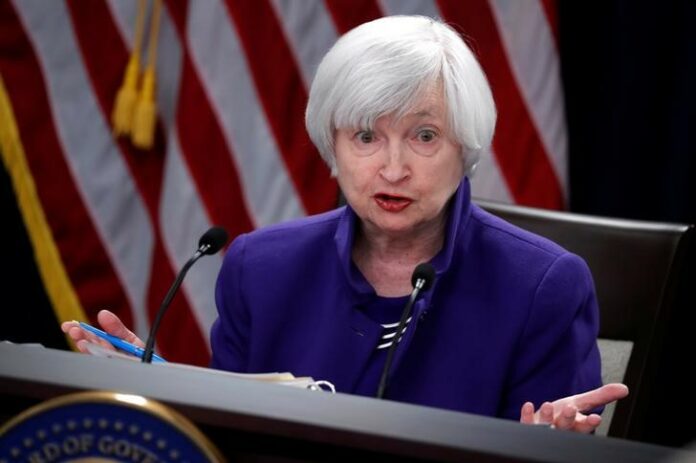 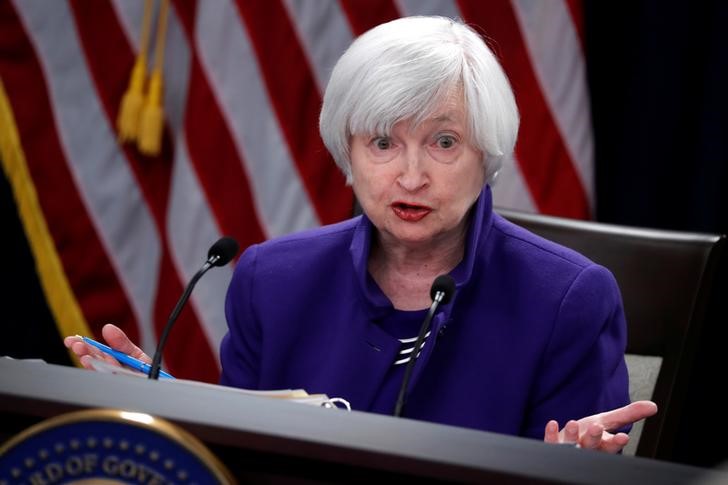 Yellen led the U.S. central bank for four years until February when Trump passed the Democrat over for another term in favor of Republican Jerome Powell.

Yellen took a swipe at Trump’s tax cuts without once mentioning the U.S. president by name during a near hour-long discussion at a conference in Paris hosted by French fund manger Amundi.

Asked about the outlook for productivity growth as a driver of corporate earnings, Yellen said that tax cuts should produce some impact on investment spending and in turn productivity.

“But the calculations that I’ve seen and seem reasonable to me suggest that the payoff is likely to be in tenths of a percent, which in growth is a lot but may not be what some people are hoping for,” Yellen said.

Trump’s $1.5 trillion income tax cut package, which came into effect in January, has been heralded as one his administration’s main political success, though some economists say it risks overheating the economy while blowing out the budget deficit.

Yellen said low productivity growth was keeping firms’ pricing power in check, helping to explain in part why inflation has not risen more despite a tight labor market.

She doubted that the Fed would yield to any potential political pressure to help finance the growing fiscal deficit caused by the tax cuts.

“I think the institutional arrangements for the Fed that govern its operations make it an independent central bank and that it would resist such pressure to keep interest rates low to help fiscal policy,” she said.