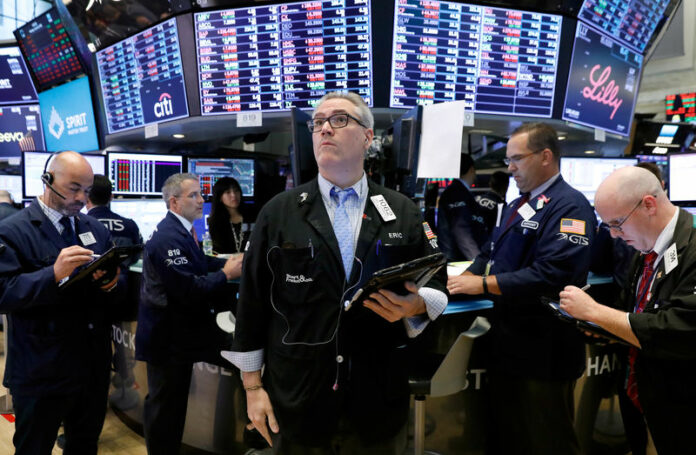 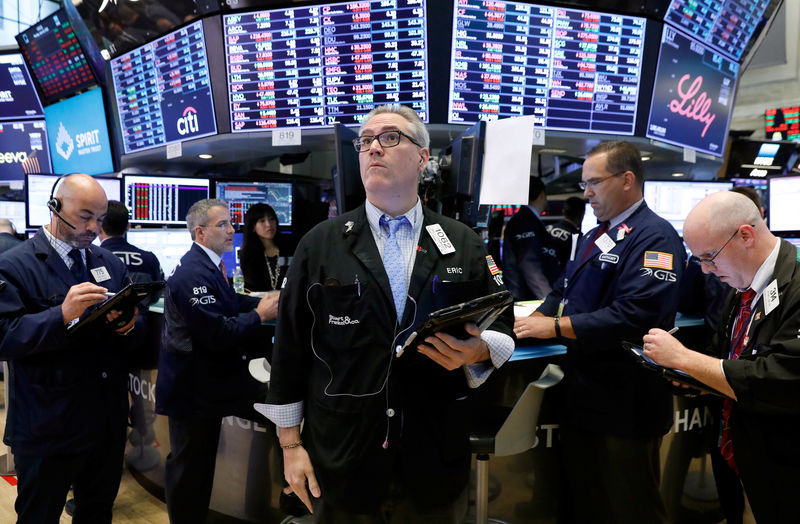 © Reuters. Traders work on the floor of the NYSE in New York City

Trade war fears have sent U.S. stocks lower this week while sliding Chinese stocks and a weakening yuan has also raised concerns that there could be global contagion from the region.

Stocks gained on Thursday, reducing some demand for Treasuries, however portfolio managers were seen as hesitant to take on much risk heading into the quarter-end.

“We’re seeing a cautious conclusion to the quarter from the point of view of risk aversion,” said John Herrmann, a director in rates strategies at MUFG Securities Americas in New York.

The yield curve between two-year and 10-year notes

Chinese shares slumped to fresh two-years lows as trade tensions with the United States and worries about debt dimmed the outlook for China’s economy.

Data showed that the U.S. economy slowed more than previously estimated in the first quarter and the weakest performance in consumer spending in nearly five years, which economists blamed on escalating tensions between the United States and its trade partners.

A row over migration policy in Germany’s coalition government has added to risk aversion.

Under severe pressure from conservative allies at home, German Chancellor Angela Merkel called on European leaders on Thursday to forge a common approach to migration, calling it a “make or break” issue for Europe.

The Treasury Department sold $30 billion in seven-year notes to fair demand, the final sale of $100 billion in short- and intermediate-dated supply this week.

The notes sold at a high yield of 2.809 percent, just below where the debt had traded before the auction.