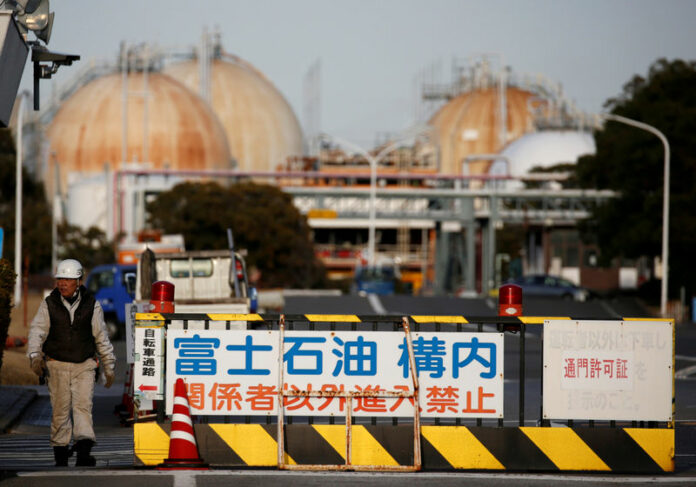 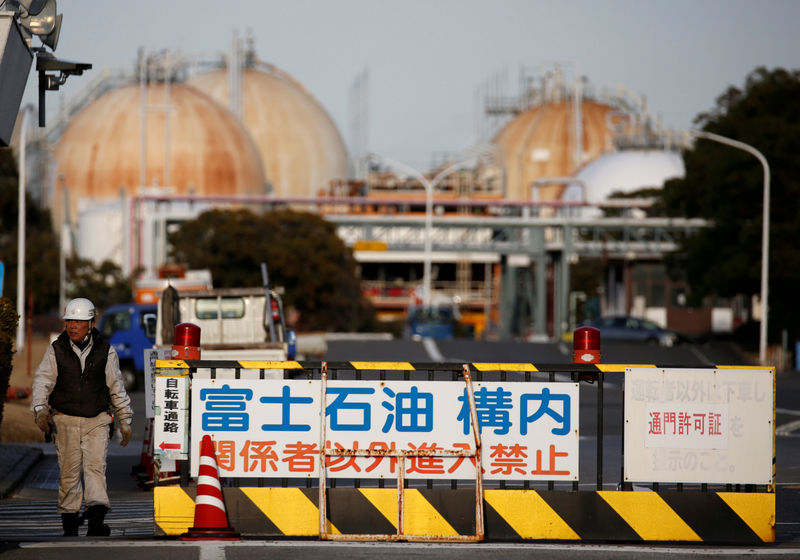 By Florence Tan and Osamu Tsukimori

TOKYO (Reuters) – Japanese refiners are ramping up purchases of U.S. crude as it becomes cheaper relative to their usual Middle East supplies and are assessing heavy grades from U.S. shale production as a replacement for supplies from Iran, industry sources said.

Increasing purchases by refiners such as JXTG, Japan’s biggest, are likely to please U.S. President Donald Trump, who is pushing Japan to reduce its trade surplus with the United States, which topped $63 billion in 2017.

Nearly 4 million barrels of U.S. crude are due to arrive in Japan, the world’s fourth biggest oil importer, between June and September, according to the sources and Thomson Reuters Eikon shipping data.

They will add to about 2.4 million barrels worth 16.81 billion yen ($153 million) imported in the year through May, according to the latest statistics from the country’s Ministry of Finance.

Japan’s imports of U.S. oil are still tiny compared with total imports of around 3.2 million barrels a day in 2017. Refiners tend to buy only when lower U.S. demand from events such as refinery maintenance drives down U.S. oil prices ().

For graphic on Japan’s crude imports from U.S. on the rise click https://reut.rs/2KpwjV5

Japan imported an 18-year high of 10.3 million barrels of U.S. crude in 2017, but imports slowed sharply in the first five months of this year as U.S. spot crude prices were stronger than Middle East benchmark Dubai. A steep rise in U.S. output has since widened the price gap between the two benchmarks to more than $5 a barrel, making U.S. oil more attractive.

At least one Japanese refiner has been assessing U.S. Mars crude as a potential replacement for Iranian crude as the company plans to cut Iran loadings after September as U.S. sanctions are reinstated, said a source with knowledge of the matter.

“Because of (sanctions on) Iranian crude, we are looking at U.S. heavy crude” as a substitute, the source said, in particular grades such as Southern Green Canyon and Mars, which are similar to crude from Iran.

A JXTG spokesman would not comment on individual deals but said: “U.S. crude is one of the candidates for replacing Iran oil.”

Cosmo Energy Holdings (T:) is also lifting 2 million barrels of U.S. oil between April and July, according to shipping data and a source familiar with the matter. Cosmo declined to comment, but said it buys U.S. crude from time to time.For graphic on map showing tankers delivering U.S. oil to Japan click https://reut.rs/2KoPqP3

Trump in May withdrew the United States from a 2015 agreement that curbed Tehran’s nuclear capabilities and ordered the reimposition of U.S. sanctions against Tehran.

On Tuesday, a senior State Department official said the United States wants to stop all exports of Iranian oil from November and is unlikely to offer any exemptions as it did during previous sanctions.

Japan’s Prime Minister Shinzo Abe has also been trying to fend off demands from the U.S. president to sign a bilateral trade agreement by offering to buy more American products.

“Prime Minister Abe will probably try to accommodate President Trump as much as possible on the trade imbalance and buying crude oil is a no-brainer as long as the economics work,” from Tony Nunan, senior oil risk manager at Mitsubishi Corp in Tokyo.

“To replace Iranian oil it makes sense to go for a sour grade such as Mars and Green Canyon. The problem is these grades are also needed in the U.S. and it is the very light sweet grades that are in excess,” Nunan said.

This meant supplies of the heavier grades would likely only be available when U.S. demand dropped, during refinery maintenance periods for example.

Japan ramped up purchases of Iranian crude after the end of sanctions, buying an average 172,216 barrels per day (bpd) in 2017, or around 5 million barrels a month.