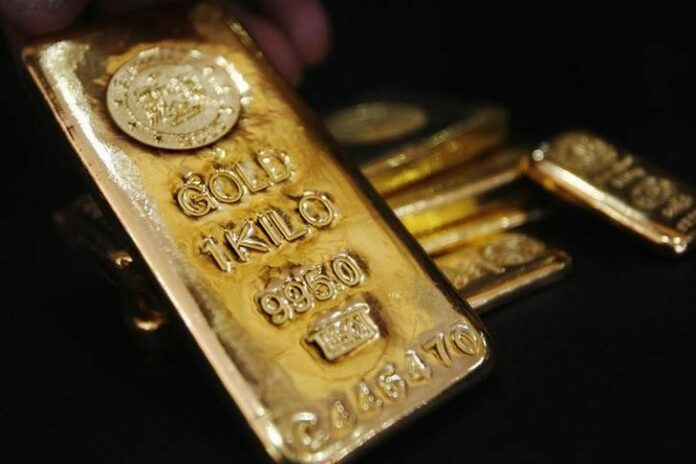 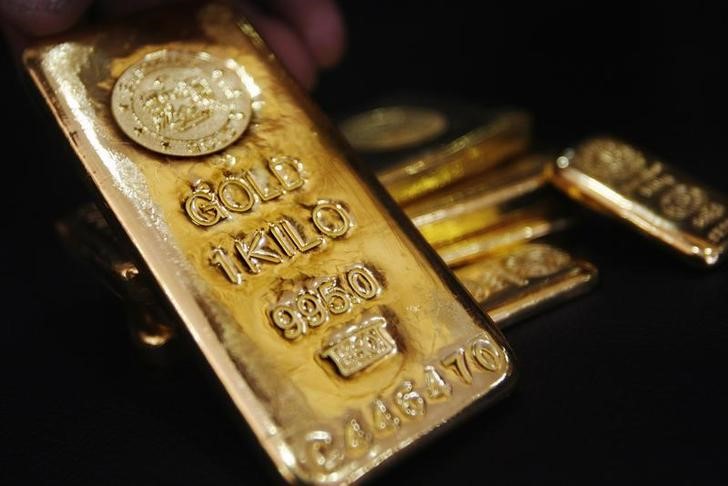 Investing.com – Gold prices are likely to remain under pressure this week as traders digest the minutes of the Federal Reserve’s June meeting on Thursday, when markets re-open after Wednesday’s Independence Day holiday.

The Fed hiked interest rates in June and signaled for the first time that they could lift rates four times this year, a typically gold-negative factor.

On Friday, metals traders will turn their attention to the U.S. employment report for June for an update on the health of the labor market. The report is expected to show that hiring cooled.

Last month’s jobs report was overshadowed by a tweet from U.S. President Donald Trump that said he was looking forward to the data, so investors will likely keep an eye on the president’s Twitter account ahead of the release of the report.

Alongside the jobs report, markets will watch for updates on the U.S. manufacturing and services sectors.

Gold prices ticked higher on Friday as a rally in the , but still logged a weekly loss.

Gold prices have slumped despite escalating trade tensions and uncertainty over the outlook for global growth as a stronger dollar and higher interest rates have negated any boost from safe haven demand.

Expectations for higher rates tend to be bearish for gold, which struggles to compete with yield-bearing assets when rates rise, while a stronger U.S. currency makes gold and other dollar-denominated commodities more expensive for foreign investors.

Among base metals, was slightly lower at $2.96 in late trade, holding above the six-month low of $2.930 reached on Thursday. Prices fell 2.7% for the week, pressured lower by concerns over slowing economic growth in China, the world’s largest consumer of the metal.

China is to release data on the Caixin manufacturing index.

The UK is to release data on manufacturing activity.

Financial markets in Canada will be closed for a holiday.

In the U.S., the Institute of Supply Management is to publish its manufacturing index.

New Zealand is to release data on business confidence.

Australia is to report on building approvals and the Reserve Bank of Australia is to announce its benchmark interest rate and publish a rate statement, which outlines economic conditions and the factors affecting the monetary policy decision.

The UK is to release data on construction activity.

Australia is to produce data on retail sales and trade.

China is to release data on the Caixin services index.

The UK is to release data on service sector activity.

Financial markets in the U.S. will be closed for a holiday.

Bank of England Governor Mark Carney is to speak.

The U.S. is to release the ADP nonfarm payrolls report as well as the weekly report on initial jobless claims and the ISM is to publish its non-manufacturing index.

Later in the day, the Federal Reserve is to publish the minutes of its June meeting.

The UK is to publish an industry report on house price inflation.

Canada is to publish its latest employment report.

The U.S. is to round up the week with the nonfarm payrolls report for June.