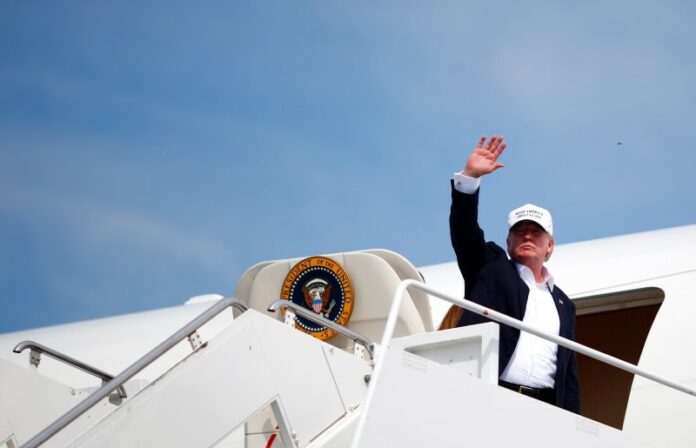 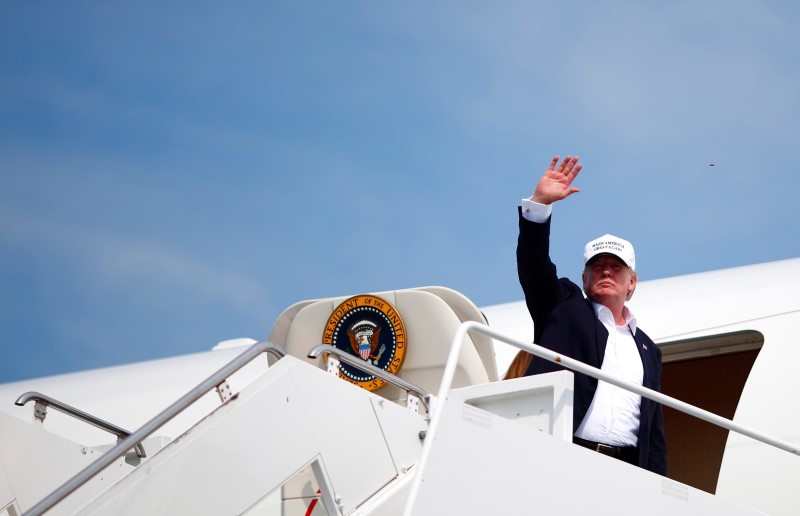 © Reuters. U.S. President Donald Trump boards Air Force One as he departs for Joint Base Andrews, Maryland, from Morristown

The new campaign, detailed first to Reuters, will provide an analysis of the financial hit each U.S. state stands take from potential retaliation to Trump’s tariffs. It argues that Trump is risking a global trade war that will hit the wallets of U.S. consumers.

For example, the Chamber’s report finds that $3.9 billion worth of exports from Texas could be targeted by retaliatory tariffs, including $1.6 billion from Mexico and $1.4 billion from China. Texas sends $321 million in meat exports to Mexico each year that could be affected. It exports $494 million in grain sorghum to China.

The Chamber also is expected to spend millions of dollars on the midterm elections this year in an effort to help elect like-minded candidates who back free trade, immigration and reduced taxes. It has already backed candidates in Republican primaries, who share those goals.

With some of America’s closest trading partners imposing retaliatory measures, Trump’s approach to tariffs has unsettled financial markets and strained relations between the White House and the Chamber.

“The administration is threatening to undermine the economic progress it worked so hard to achieve,” said Chamber President Tom Donohue in a statement to Reuters. “We should seek free and fair trade, but this is just not the way to do it.”

The White House did not respond to a request for comment responding to the Chamber.

The Chamber, which has 3 million members, historically has worked closely with Republican presidents and had praised Trump for signing corporate tax cuts in December. But mounting trade tensions have opened a rift with the president.

Trump has implemented billions of dollars in tariffs targeted at China, Canada, Mexico and the European Union, saying such moves are needed to offset trade imbalances.

Nations have begun retaliating. On Friday, Canada struck back at U.S. steel and aluminum tariffs, vowing to impose punitive measures on $12.6 billion worth of American goods until Washington relents.

China is expected to impose a new 25 percent tax on soybeans in July. Mexico is adding duties to pork imports. The EU has targeted $3.2 billion in American goods exported to the 28-member bloc, including bourbon and Harley Davidson (N:) motorcycles.

The Chamber based its state-by-state analysis on data from the U.S. Department of Commerce and government agencies in China, the EU, Mexico, and Canada.

Trump has previously been persuaded to back off of trade threats with the argument that states that backed him in the 2016 presidential campaign will be hit hard.

Another example from the report showed how Tennessee, where Trump carried 61 percent of the vote in the 2016 presidential election and has a competitive Senate race in November, could be affected with some $1.4 billion in exports at risk.

The Chamber also highlights the impact in South Carolina, where $3 billion of the state’s exports could be subject to retaliatory tariffs.

South Carolina sends $1.9 billion worth of autos to China, the study found.