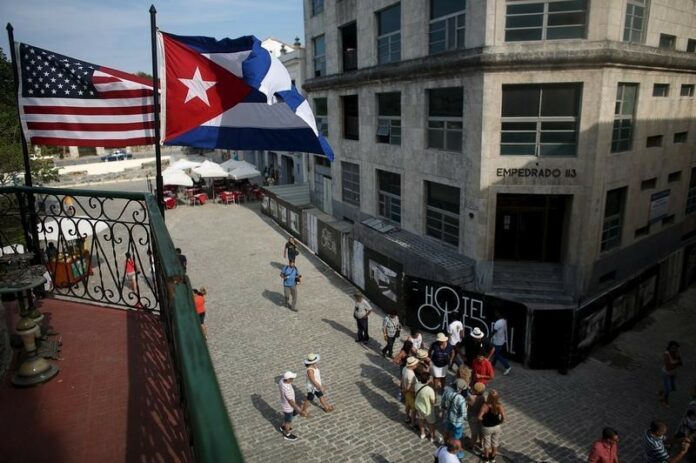 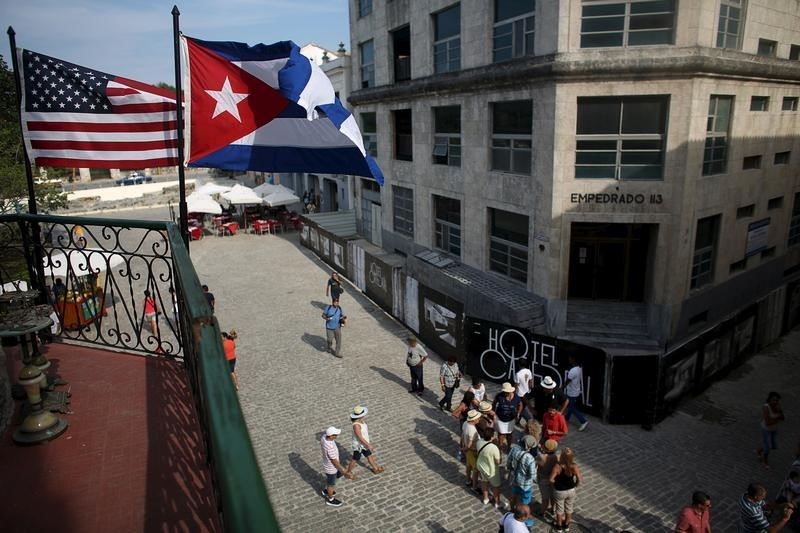 © Reuters. Cuba to prune back private sector as new rules start in December

HAVANA (Reuters) – Cuba will restrict business licenses to one per person under new private sector regulations which come into force in December amid fears reforms to open up its ailing economy have gone too far and are fuelling inequality.

The long-awaited changes, due to be published on Tuesday, come after the ruling Communist Party admitted errors in its implementation of economic reforms introduced by Raul Castro after he took over from his brother Fidel in 2008.

Many Cubans are frustrated as the pace of reform has slowed in recent years and believe Havana is not truly committed to giving the private sector and foreign investment greater roles.

The economy has struggled to grow with declining subsidies from Venezuela, tighter U.S. trade and travel regulations, lower exports and the impact of various storms.

Some Cuban entrepreneurs have already signed businesses in name over to relatives or trusted friends in expectation of the rule changes, which the government announced last year.

The new regulations are the first major policy announcement since Miguel Diaz-Canel took office as president in April after his mentor Raul Castro stepped down, although they had been under review since long before that. Reuters reported on a draft similar to the approved regulations in February.

Under the new rules, the number of self-employment categories will be consolidated into fewer ones, according to Granma, in a bid to cut down on bureaucracy.

The number of self-employed has nearly quadrupled to more than 591,000 since 2010, around 13 percent of the overall workforce, the newspaper reported.

The Caribbean island’s efforts to cut its bloated state payroll and kick-start growth by fostering private enterprise have sparked a broader debate around wealth accumulation and rising inequality.

The earnings of some private business owners dwarf the modest income of most self-employed and meager Cuban public sector wages.

The government has also complained about entrepreneurs evading taxes and buying goods on the black market. The new rules increase controls to prevent such malpractices.

The official gazette will publish 20 legal norms bundled into several decrees, as well as 14 complementary resolutions, Granma said, breaking down the details that emerged in a briefing with government officials.

The regulations will become effective 150 days after their publication, it wrote, at which point the government will unfreeze the issuance of licenses for the 27 categories of self-employment for which it had suspended new permits last August.

The number of private sector business categories allowed will drop to 123 from 201 previously, Granma said.

Feitó Cabrera said however no activities were being eliminated, they were simply being grouped together into broader categories.