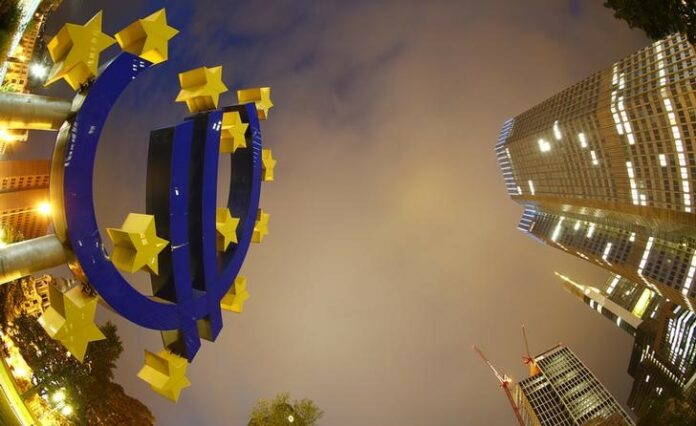 LUXEMBOURG (Reuters) – The European Central Bank defended its 2.6 trillion-euro bond-buying program before the European Union’s top court on Tuesday from accusations it was bankrolling governments and endangering taxpayer money.

The case, brought by a group of eurosceptic politicians and academics from Germany, aims to stop the ECB’s current stimulus program, which is nearing its end, and is likely to set a precedent for any future scheme.

It was referred to the Luxembourg-based General Court of the European Union by Germany’s constitutional court last year, with a number of questions about whether the ECB broke EU rules with its debt purchases.

The people who brought the case claim the program violates a ban on monetary financing and make the Bundesbank, and with it the German taxpayer, liable for losses suffered by other national central banks under the program.

“The ECB lacks democratic legitimacy,” Dietrich Murswiek, the lawyer of one of the claimants, told the EU court.

But the ECB said in its own written response that it was respecting the treaties by only buying from investors, rather than directly from governments, and that risks for central banks were limited.

“The examination of the questions referred did not reveal anything that could affect the validity of the decision,” the ECB’s lawyers wrote.

The ECB said last month it expected to end its bond purchases at the end of the year, but it would keep re-investing for a long time the cash it gets from bonds that mature.

The German government and central bank, which expressed their scepticism when the program began in 2015 and for a long time after that, stood behind the ECB on Tuesday. But Berlin made its support conditional on imposing a cap on the potential exposure of its central bank to losses elsewhere.

“The provision should be interpreted as not allowing an unlimited liability on a central bank for the losses of another central bank,” the German government’s lawyer Ulrich Haede told the court.

Under the current scheme, only 20 percent of the bonds bought by euro zone central banks are “risk-shared”, meaning any loss from them would be spread across the euro zone.

But the German provision was unlikely to be welcome by the ECB, since it might tie the central bank’s hands when designing any future program.

“The Court should set strict limits to the bond-buying program for the future, so that the ECB does not completely become a plaything for fiscal policy,” Friedrich Heinemann, an economist at Germany’s ZEW institute, said.

(Writing By Francesco Canepa and Balazs Koranyi in Frankfurt, editing by Larry King)