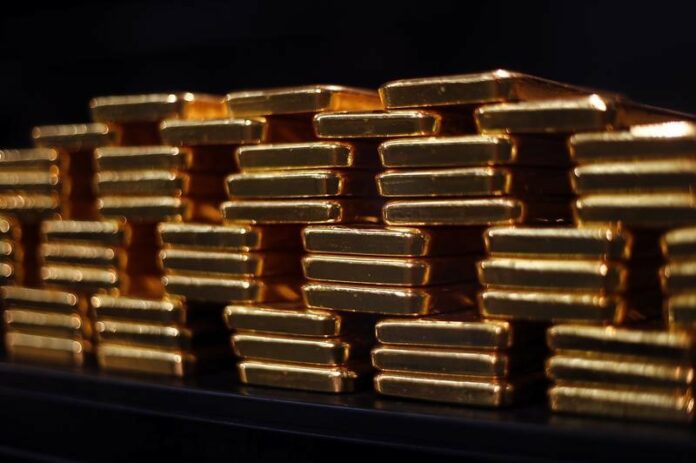 Gold Prices Head Back Towards 7-Month Lows on Stronger Dollar

Investing.com – Gold prices were under pressure on Tuesday as a stronger dollar pushed the precious metal back towards 7-month lows hit a week earlier.

Meanwhile, the , which measures the greenback’s strength against a trade-weighted basket of six major currencies, gained 0.22% to 94.01.

The dollar was seeing upside on Tuesday based primarily on weakness in major rivals.

The saw weakness as data revealed that German investor confidence fell to the in July as fears over an escalation in trade tensions with the U.S. dampened the economic outlook.

Sterling was also under pressure as the painted a mixed picture of the economy, with modest growth driven by the services sector, partly offset by falling construction and industrial output.

Some analysts believe the data will keep the Bank of England on track for an August interest rate hike, but others fear that political instability may prompt policymakers to hold off.

British Prime Minister Theresa May is facing down a rebellion in her Conservative Party after Boris Johnson resigned as British foreign secretary on Monday, becoming the third minister to quit the government in twenty-four hours, rather than back her plans for a soft Brexit.

Dollar-denominated assets such as gold are sensitive to moves in the dollar. A rise in the dollar makes gold more expensive for holders of foreign currency, reducing demand for the precious metal.

U.S. data released on Tuesday continued to show signs of economic strength with dipping much less than expected in June, holding onto the sixth highest level in its history.