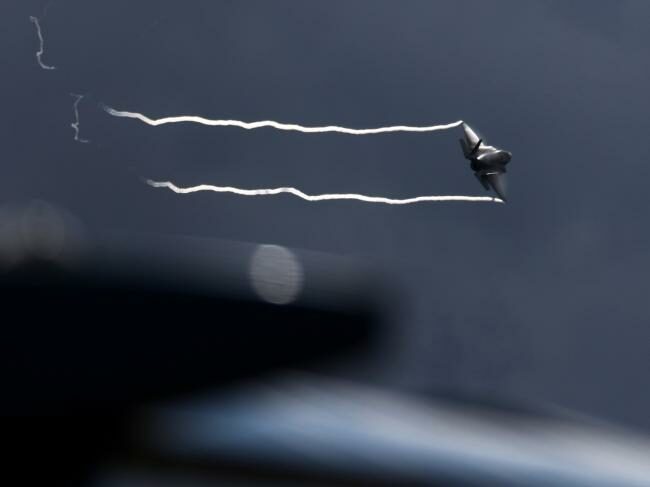 Japan Snubs Homegrown Weaponry to Buy From the U.S. 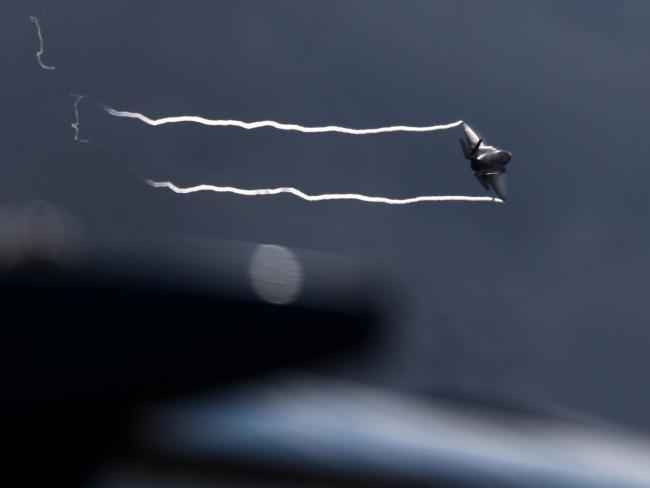 (Bloomberg) — While there’s little prospect that Japanese consumers will ever buy enough American cars to please Donald Trump, the Abe government’s record spending on defense is shaping up as a bright spot in bilateral trade for the U.S. president.

Japan’s purchases through the U.S. Foreign Military Sales program represent 16 percent of all non-personnel costs for the nation’s self defense forces so far this year, more than double the level in 2014, according to calculations by Bloomberg based on government data.

Plans to buy advanced American radars, stealth fighter jets and missile-defense systems in coming years will mean billions of dollars for U.S. weapons makers. Japanese companies, already struggling to compete, don’t stand to benefit as much because economies of scale have made homegrown technology more expensive and Prime Minister Shinzo Abe’s government wants to get more bang for its buck.

During a visit to Tokyo last November, Trump urged Abe to buy “massive amounts of military equipment” from the U.S. Even without the incentive to ease trade friction, Japan was already an enthusiastic consumer as Abe pushed defense spending to a record 5.2 trillion yen ($47 billion) this fiscal year to counter both a nuclear-armed North Korea and a more assertive China.

To Trump’s dismay, Japan bought just $533 million in new passenger vehicles from the U.S. in 2017 while Americans purchased $39.8 billion in Japanese cars and trucks. Outside the military sphere, Japan has looked to boost energy purchases such as liquefied to placate the U.S. The nation’s biggest imports from the U.S. in 2017 were agricultural products, chemicals and machinery.

While there is little threat to domestic production of warships, costs are an issue especially for aircraft.

A finance ministry committee has recommended switching to the Lockheed Martin Corp (NYSE:).-made C-130 J30 cargo plane, which although slower and with a shorter range, costs less than half the cost of the domestically produced C-2. Japan will buy two C-2s from Kawasaki Heavy Industries this fiscal year, after buying three last year.

Japan is currently purchasing new F-35A fighters to replace decades-old planes. The next battleground for domestic manufacturers will be who makes the fighter jet to replace the F-2, which is the last domestically produced fighter.

Even before new F-2 production ended in 2011, suppliers were fleeing the defense business. Sumitomo Electric Industries started ending its business with the defense ministry in 2007, citing a poor growth outlook, and in 2010, Yokohama Rubber Co. ceased making airplane tires for the ministry. In 2016, 52 of 72 companies supplying the industry said they’d seen parts makers disappear and supply disruptions, according to a ministry survey.

The F-2 will start to retire from 2030, and companies including Mitsubishi Heavy and IHI Corp. developed the X-2, an advanced technology demonstrator jet, to show that a replacement fighter could be built domestically. “Japan must take the lead of development in order for the domestic industry to survive,” Mitsubishi Heavy’s Abe told the media last month.

The successful 2016 test flight of the jet showed that the domestic industry is fully capable of developing the replacement, he said. But the local Jiji Press reported in March that the defense ministry had ruled out a domestically produced jet, citing high costs.

While Defense Minister Itsunori Onodera has denied those media reports, the ministry is looking to develop the plane jointly with overseas companies. Reuters recently reported that it issued requests for information to manufacturers in the U.S. and Europe.

An LDP committee also recommended June 1 that Abe increase the defense budget further, as it’s still less than 1 percent of gross domestic product, well below the 2 percent that the North Atlantic Treaty Organization has set for its members.

In order to bring down costs, Wakamiya wants Japan to boost exports of its military equipment so that production will increase, but so far, there’s been little success.

On top of cost, strict limits on information disclosure get in the way of making deals, according to Takashi Yoshimura, a director of the industrial technology bureau at Japan’s biggest business lobby.

Defense companies “are gritting their teeth and getting on with it out of a sense of mission,” he said, adding that “their efforts are reaching the limit.”