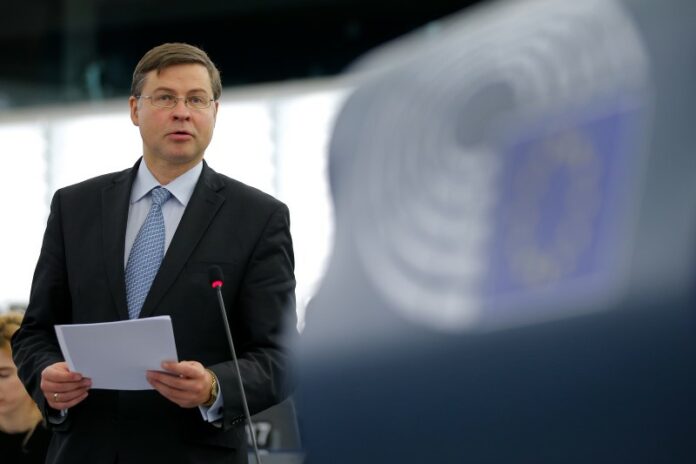 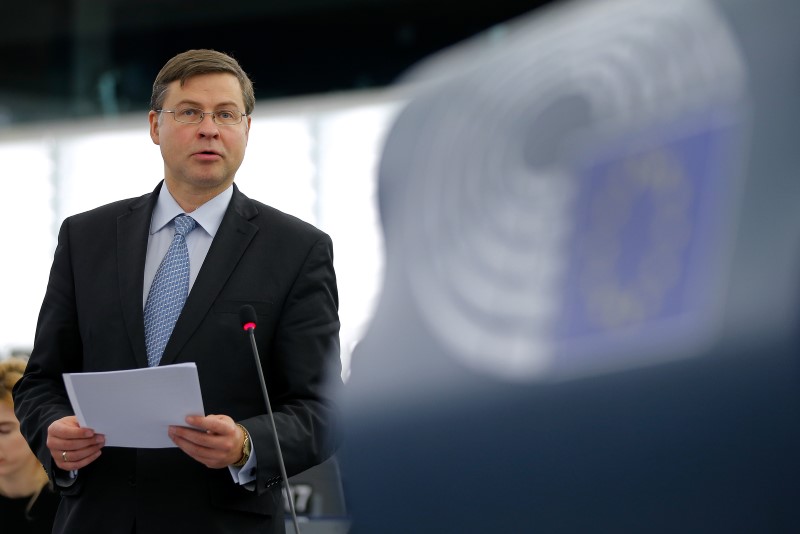 BRUSSELS (Reuters) – The European Commission’s vice president said on Wednesday existing financial contracts, such as derivatives or insurance, are unlikely to be affected by Britain’s departure from the European Union, quelling concerns raised by the Bank of England.

The BoE has said 82 billion pounds ($109 billion) of insurance liabilities involving 48 million policyholders could be affected across Britain and the European Economic Area. Derivatives worth a notional 26 trillion pounds are also caught in the Brexit crosshairs.

“Overall, even after Brexit, the performance of existing obligations can generally continue,” the Commission’s Valdis Dombrovskis told a news conference, citing as examples insurance and derivatives contracts.

That appeared to soften the line Dombrovskis took in May, when he declined to offer guarantees on existing contracts in a hearing in the EU parliament.

Britain and the EU have agreed on a “standstill” transition period whereby EU rules remain in force in Britain until the end of 2020, which would ensure continuity in cross-border financial contracts like insurance policies and derivatives.

But this transition is part of a broader divorce settlement that is still being negotiated, and will not be legally watertight until it is finalised before Britain pulls out in March.

Dombrovskis said supervisors and firms needed to look separately at each type of contract, but added that at this stage he did not foresee a general problem.

“It does not appear to be at this juncture an issue of general nature linked to contract continuity,” he told reporters.