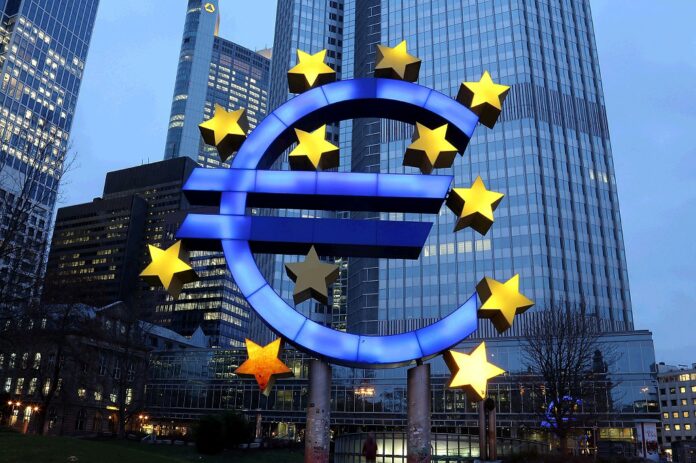 LONDON: Safe-haven bond yields in the euro zone pushed lower on Wednesday as the United States threatened to impose 10 percent tariffs on a list of Chinese imports.

Fears about an escalation in the trade dispute between the world’s two biggest economies put global stock markets on the defensive, with European equity markets nursing losses of more than one percent, .

Washington proposed the extra tariffs after efforts to negotiate a solution failed to reach an agreement, senior administration officials said on Tuesday.

While higher tariffs tend to imply higher inflation, for now at least higher-rated bonds such as German Bunds and U.S. Treasuries are benefiting from worries that the trade tensions would hurt economic growth and encourage major central banks to keep interest rates low.

Germany sold over 3 billion euros of a new 10-year bond.  Investors often sell existing bonds to make way for new supply but on this occasion, the trade-war jitters held sway and pinned yields down.

“Looking at upcoming supply and the new 10-year German bond today, you would expect rates to move higher but the trade war story is keeping a firm grip on bond markets and reinforcing safe-haven flows,” said Martin van Vliet, a senior rates strategist at ING.

Germany’s 10-year Bund yield was last down 2.6 basis points at 0.2960, heading towards its lowest levels since the May 29 bond market rout in Italy.

U.S. Treasury yields also extended their decline into the European session. Ten-year yields were down almost 4 bps at 2.83 percent.

“With the latest wave of trade war news, it is easy to get pessimistic about the growth outlook,” said Michael Metcalfe, global head of macro strategy at State Street. “But growth expectations are still higher than they were at the start of the year.”

Italy’s bond market, which tends to get hit by a selloff in risky assets, held its ground following comments from Deputy Prime Minister Luigi Di Maio.

That followed a minor selloff in Italian debt on Tuesday after comments on Italy’s membership of the single currency by a eurosceptic member of the government.

Elsewhere, European Central Bank policy maker Francois Villeroy de Galhau said the first ECB interest rate rise could take place at some point through the summer of 2019 at the earliest, if inflation conditions warrant a move.