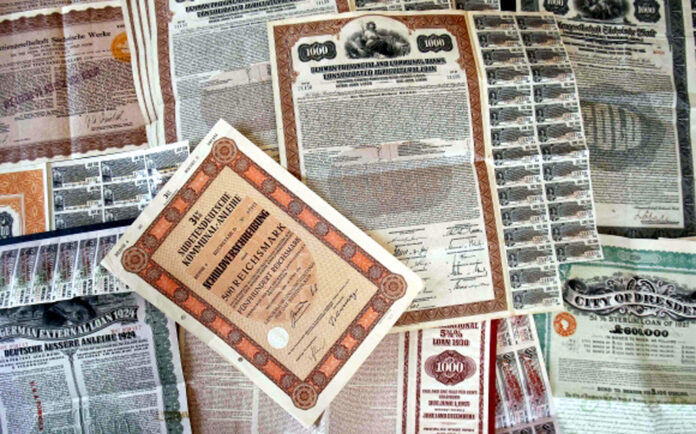 LONDON: The euro and Germany’s 10-year bond yield rose to the day’s highs on Wednesday after a Reuters report that European Central Bank policymakers were split over when they might raise interest rates next year.

German 10-year bond yields rose to a session high at 0.315 percent after the report and were only marginally down on the day, having traded 2.5 bps lower for much of the session.

The ECB said last month it expected to keep rates at their current, record-low levels “through the summer” of 2019, wording vague enough to leave the exact meaning open to debate.

“There is a clear sensitivity to the first move in the depo rate,” said Rabobank rates strategist Matt Cairns.

“Markets have started to analyse what ‘through summer’ means, so (as) soon as you see a headline that suggests it could be June or July versus a later move, the market latches on to the notion that a hike (will) come sooner rather than later.”

Southern European government bonds, which are considered most sensitive to possible tightening of monetary policy, came under some selling pressure.

Spanish and Italian 10-year yields were 1-2 bps higher on the day, while the Portuguese equivalent was flat; all three had been 2-3 bps lower at one stage.

Euro zone yields were lower across the board early on Wednesday, picking up flight-to-safety buying as the United States threatened to impose 10 percent tariffs on a list of Chinese imports.

Fears about an escalation in the trade dispute between the world’s two biggest economies put world stock markets on the defensive, with European equity markets down over 1 percent .