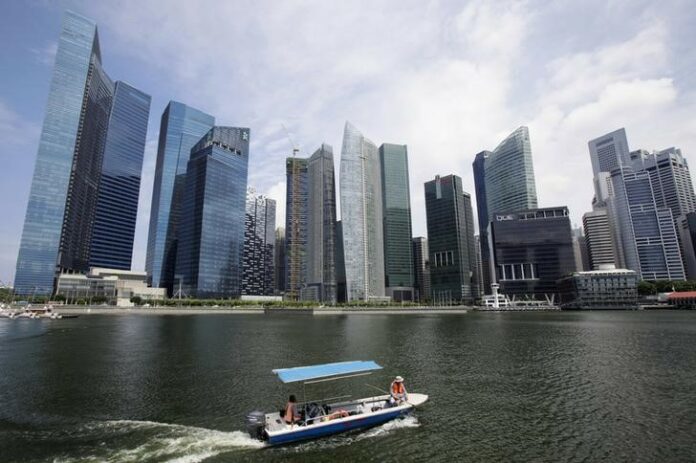 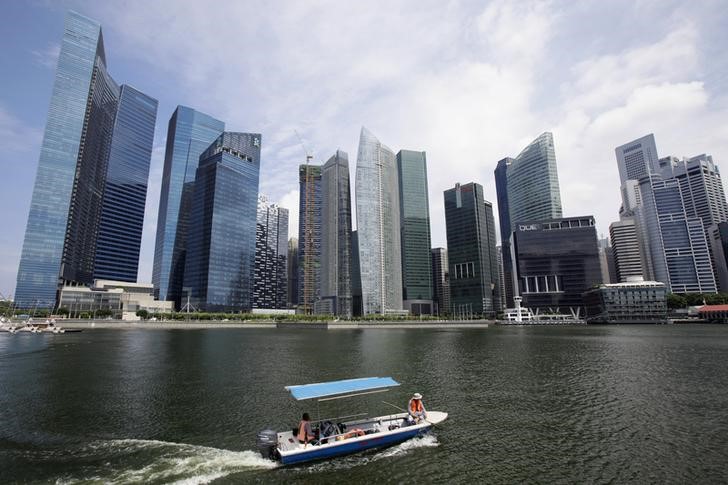 SINGAPORE (Reuters) – Singapore’s economy likely expanded at a slower pace in the second quarter as manufacturing lost momentum and as risks to the global trade outlook grew on the intensifying trade dispute between the United States and China.

From a year earlier, advance gross domestic product (GDP) was forecast to rise 4.0 percent in April-June, according to the median estimate of 12 economists surveyed by Reuters, slower than the 4.4 percent growth posted for January-March.

The government’s advance estimate of second-quarter GDP will be released at 0000 GMT on Friday.

“The modest easing is nothing more than a normalization process amid the peaking of the electronics cycle and higher interest rates,” said Irvin Seah, an economist at DBS Bank.

“(But) clouds on the horizon are gathering. Trade tensions between Singapore’s two largest export markets, the U.S. and China, could indirectly affect Singapore,” he said in a note.

The Ministry of Trade and Industry has forecast full-year growth of 2.5 to 3.5 percent in 2018. Manufacturing and exports of electronics were one of Singapore’s main drivers of growth last year, leading to a 3.6 percent rise in GDP in 2017, the fastest pace in three years.

“Despite trade war risks and sharper exports deceleration, manufacturing has been fairly resilient; partly boosted by services aspect of manufacturing,” Vishnu Varathan, head of economics and strategy for Mizuho Bank in Singapore, said in a research note last week.

However, a decline in electronics exports for six consecutive months has raised questions about overall demand in the sector.

GDP is expected to have grown 1.2 percent in April to June from the previous three months in a seasonally adjusted and annualized basis, according to the median of forecasts from nine economists slower than the 1.7 percent expansion in the first quarter.

Earlier this month, the Monetary Authority of Singapore warned risks to the global growth outlook have increased significantly thanks to the intensifying trade row and the rising prospect of a rapid acceleration in inflation.

Krystal Tan at Capital Economics said that, for now, she expected Singapore’s central bank to stand pat in its next policy review in October as risks to growth pick up while inflation remains benign.

In April, the central bank tightened monetary policy for the first time in six years. Analysts are split over whether April’s move is the start of a longer-term tightening of monetary policy.