New US tariffs on China would include many petrochemicals

Houston — The Trump administration’s latest round of proposed tariffs on Chinese goods includes a long string of petrochemicals, both raw materials and items made from plastic resins. 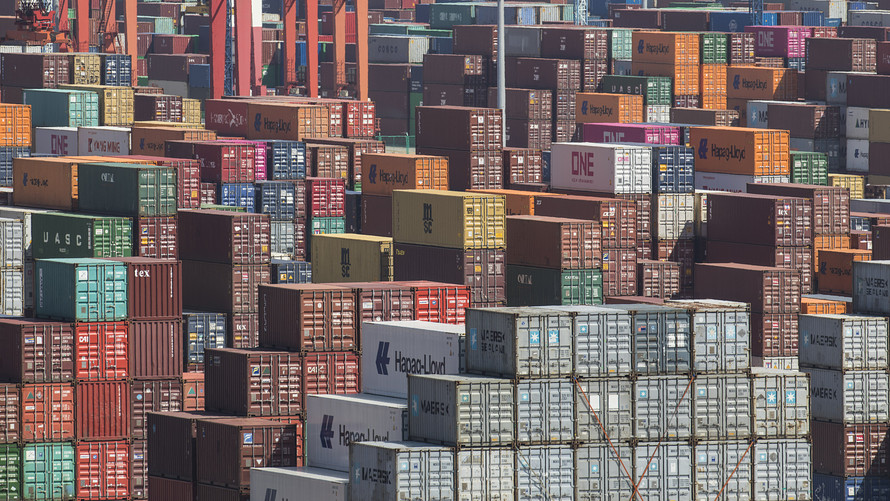 The list of $200 billion in Chinese goods disclosed this week would be subject to a 10% tariff if implemented amid growing trade tensions between the US and China. Last Friday, the US implemented $34 billion in tariffs on Chinese goods, and China retaliated with the same value of taxes on US imports, largely agricultural crops and automobiles.

The US is slated to impose another $16 billion in tariffs on Chinese goods late next week, and China has said it will retaliate in kind — a second list of the same value that includes crude oil and gasoline as well as two plastic resins, polyvinyl chloride and low-density polyethylene, used to make items like vinyl flooring and plastic tubs, respectively.

The Trump administration released the list of $200 billion in more tariffs on Tuesday in response to China’s retaliation for the first rounds of tariffs in addition to taxes on steel and aluminum that were imposed in March. The latest list is subject to a two-month review process before they could go into effect.

In a statement, US Trade Representative Robert Lighthizer called the new list an appropriate response to “obtain the elimination of China’s harmful industrial policies,” such as China’s handling of US intellectual property.

However, the American Chemistry Council called the threat a “stunning and unfortunate development for US manufacturers and consumers.”

The trade group for the US chemical industry noted in a statement Wednesday that the list includes a significant amount of chemicals, and more tariffs are “very unlikely” to change China’s practices.

“As an industry that touches 96 percent of all manufactured goods and which has much to gain from a productive, respectful trading relationship with China,” the ACC said, urging the administration to “create a strong, multilateral coalition to bring an end to this unnecessary trade war.”

Chlorine and caustic soda, or chlor-alkali, are the first step in the chain to make polyvinyl chloride, a resin used heavily in construction for pipes, vinyl siding, flooring and window frames. Chlorine mixed with ethylene makes ethylene dichloride, or EDC — a precursor to PVC — while caustic soda, a by-product of chlorine production, is a key feedstock in alumina and pulp and paper industries.

Ethylene and propylene are raw materials for PVC as well as polyethylene and polypropylene, resins used to make everything from plastic bags and food packaging to vehicle dashboards and carpet. The US natural gas shale boom has produced a huge bounty of cheap ethane that will feed eight new crackers to produce ethylene that will feed 13 new polyethylene plants starting up from 2017 through 2019, with more to come thereafter. Most if not all of that new polyethylene output will be exported, with the vast majority targeting Asia — and largely China.

Aromatics like benzene, toluene and xylene produced via refining, are used as gasoline blendstocks or as feedstocks to make plastic bottles or styrene used to make plastic containers, electronics and automobile parts.

Ethylene glycol is used for antifreeze and coolants, while butadiene is used to make synthetic rubber.

The US does not import significant volumes of those materials, though of 872,049 mt of caustic soda imported in 2017, 17% came from China, second only to Taiwan, according to US International Trade Commission data. That caustic soda largely arrives on the US West Coast, where imports have long replaced volumes that used to be moved via rail within the US. China also must import aromatics and butadiene.

A market source said the new tariffs could benefit domestic customers who process those materials into end products.

“Local processors can raise their prices,” the source said.

However, another market source noted that China can retaliate further, and the list also contains items made in China with PVC, PE and PP and then imported to the US — the sorts of products that line shelves at big-box retailers and entice online shoppers as well. Those include plastic crates, rainwear, latex, paper, fabrics , flooring, tiles and mirrors.

“The finished goods are made by China and exported to the US. The Walmarts and every store is full of that,” the source said.

If escalating trade tensions with China as well as Canada, Mexico and the European Union boost prices and soften demand, “economies everywhere are going to be hurt,” the source added.