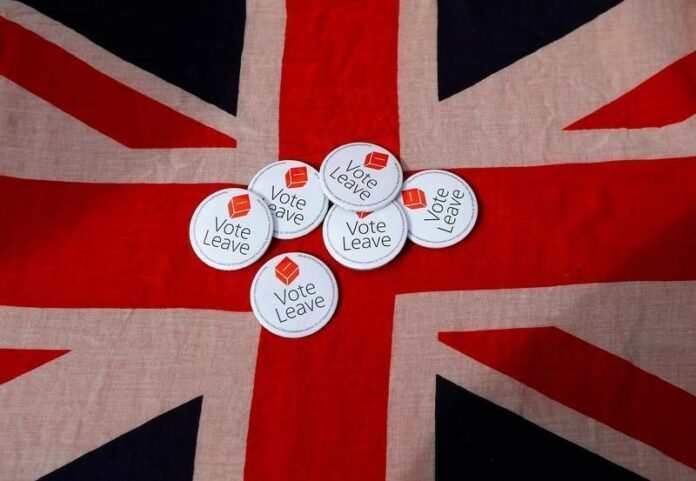 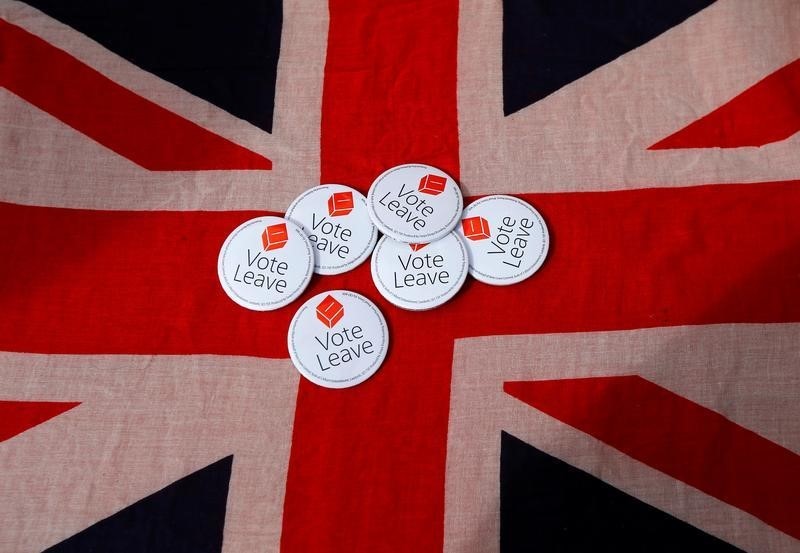 (Bloomberg) — The U.K. seeks to strike new trade deals for services around the world as part of a Brexit plan that will tie its goods to European Union rules in a bid to preserve open customs borders with the bloc.

Prime Minister Theresa May’s government on Thursday will publish the plan in a so-called White Paper spanning more than 100 pages, detailing a “comprehensive” vision for future U.K.-EU economic ties, according to details briefed overnight by the Brexit department. It expands on a three-page taster published by May last Friday after she unified her cabinet behind the plan.

The core of the eagerly-anticipated British proposal is for a free-trade area for goods with the EU. The prize for Brexiteers, who oppose the shared rulebook on goods, is the freedom for Britain to devise its own rules and broker trade deals on services, which account for four-fifths of the economy. That in itself will be a challenge — services agreements are a rarity in world trade.

The proposal “would give the U.K. the flexibility we need to strike new trade deals around the world, in particular breaking new ground for agreements in services,” Brexit Secretary Dominic Raab — four days into the job — will say in the foreword to the White Paper, according to his department. “It would maintain frictionless trade in goods between the U.K. and the EU through a new free trade area, responding to the needs of business.”

David Lidington, May’s de-facto deputy, on Wednesday explained the rationale for keeping Britain tied to EU rules on goods in order to facilitate trade, but not for services.

“It’s in services where regulatory flexibility matters most for both current and future trading opportunities,” Lidington said. While EU rules, known as acquis, on goods have been “stable for about 30 years,” that isn’t true for services, he said. “The risk of unwelcome EU measures coming into play through the acquis on services is much greater.”

The proposal drops plans for mutual recognition of rules in financial services after the EU rejected the idea, the Financial Times reported Thursday, citing an unidentified person who has read a four-page section on the industry in the white paper. Instead, May will seek to enhance “equivalence’’ arrangements that are currently available for third countries, including the U.S., so that Britain’s EU ties are closer than any other nation, it said.

The Brexit department provided little new detail in its overnight briefing, and politicians and companies will be poised to search through the white paper for so far unanswered questions on:

May’s EU counterparts have become frustrated at the lack of detail she’s provided until now, and businesses have been clamoring for the government to spell out its position to provide the certainty they need to invest. May aims to cater to both sets of demands with Thursday’s document.

With less than nine months to go until Britain’s scheduled departure, time is short to negotiate a deal. Talks on the divorce deal have been largely stalled since March while May tried to coax her divided cabinet into unifying behind proposals to keep the border between Ireland and Northern Ireland open.

The new proposal was crystallized at an all-day cabinet meeting convened by May on Friday, after which she declared she’d finally unified her top team behind a vision for Brexit. While the resignations of Brexit Secretary David Davis and Foreign Secretary Boris Johnson have taken the shine off that, the premier on Monday defended the plan resolutely in the face of attacks from Brexit supporters in her own Conservative Party.

The European Research Group of pro-Brexit Conservative lawmakers plan to use a vote in Parliament try to force May to publish the alternative strategy drawn up by Davis, who resigned Sunday evening. A person familiar with the plan said they believed it would show that other options are plausible.

The Brexit department is seeking to win over the potential rebels by saying the new plan respects the public vote in 2016 by pulling Britain out of the customs union and single market, taking back control of its borders, laws and money.

“It is a vision that respects the result of the referendum, and delivers a principled and practical Brexit,” said Raab, who himself campaigned for Brexit.