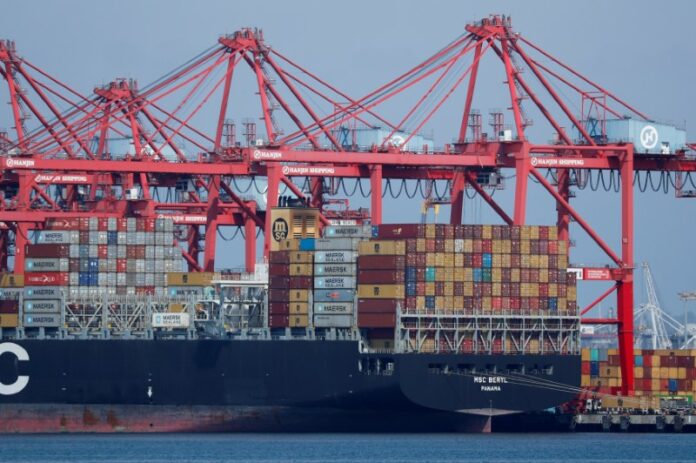 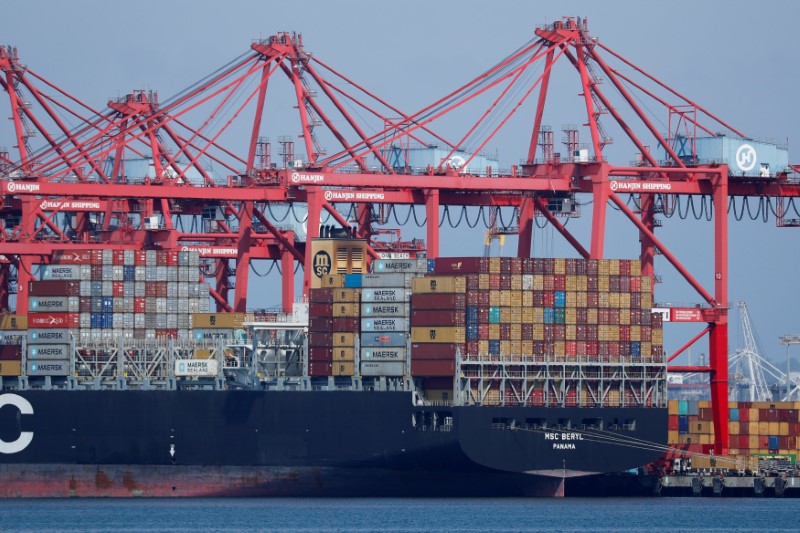 © Reuters. A container ship is shown at port in Long Beach, California

WASHINGTON (Reuters) – Manufacturers in every one of the Federal Reserve’s 12 districts worried about the impact of tariffs, a Federal Reserve report said on Wednesday, even as the U.S. economy continued to expand at a moderate to modest pace.

The latest snapshot of the health of the economy, derived from the central bank’s discussions with business contacts around the country, echoed anecdotes from lawmakers in Congress on Tuesday and Wednesday of the impact in their districts of tariffs during a two-day hearing with Fed Chairman Jerome Powell.

“Manufacturers in all districts expressed concern about tariffs and in many districts reported higher prices and supply disruptions that they attributed to the new trade policies,” the Fed said in its report.

President Donald Trump so far has imposed or threatened tariffs on $250 billion of Chinese goods and riled key allies by slapping on steel and aluminum tariffs.

Powell has said that the Fed has yet to see material change to the economy showing up in data and he repeated this week that the central bank intends to keep raising interest rates gradually as it seeks to keep pace with a strengthening economy but not raise rates so high or so fast that it weakens growth.

But a number of districts detailed how the uncertainty over escalating trade disputes between the United States and China, Europe, Canada, Mexico and elsewhere, were already hitting firms to varying degrees.

In Boston for example, contacts expressed concern but none had yet to see it feed through into demand or hiring and capital expenditure plans.

However, in New York trade uncertainty was “a major concern” while in Philadelphia a machinery manufacturer said the impact of steel tariffs “have been chaotic to its supply chain – disrupting planned orders, increasing prices, and prompting some panic buying.”

A number of districts reported higher input costs due to the import tariffs raising prices for fuel, metals and other goods.

Economic growth has accelerated this year and unemployment is lower than policymakers believe is sustainable in the longer-run. However, there are few signs yet of a spike in inflation high enough to force the Fed to up the pace of rate rises.

The Fed’s last three rate hikes have come at a pace of every other meeting, and it projects another two rate rises by year- end following moves in March and June.

Elsewhere in the report, the Fed’s contacts continued to note tight labor markets and a shortage of skilled workers, but wage increases remained modest to moderate. The price of key inputs rose further and some districts said that they expected pricing pressures to intensify further.

The Beige Book was prepared by the Boston Fed with information collected on or before July 9.