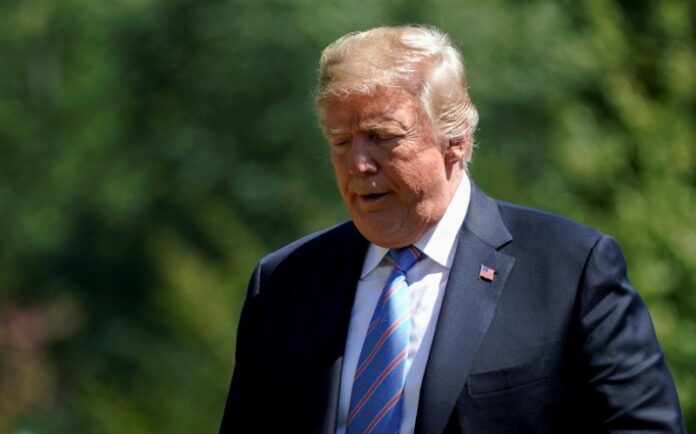 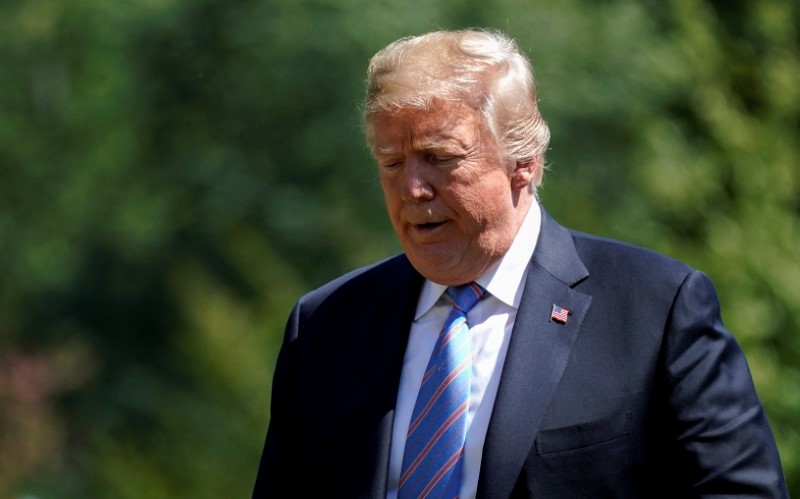 © Reuters. U.S. President Donald Trump walks from Marine One as he arrives on the South Lawn of the White House in Washington

WASHINGTON (Reuters) – U.S. President Donald Trump said on Wednesday that European leaders were coming to Washington next week to try to hammer out a deal focused largely on car tariffs, while his top economic adviser accused Chinese President Xi Jinping of holding up a U.S.-China trade deal.

Trump, speaking to reporters at the White House, said that European Commission President Jean-Claude Juncker’s visit will discuss car tariffs, which he cited as “the big one” among U.S.-EU trade irritants.

Trump has threatened to levy higher tariffs, as much as 25 percent on imported cars, and his Commerce secretary, Wilbur Ross, is conducting a study on whether vehicle and parts imports threaten national security.

Larry Kudlow, who heads the White House Economic Council, said separately at an investment forum in New York that he has been told that Juncker would be “bringing a very important free trade offer” to Trump on his visit.

Kudlow said he believed Xi has blocked progress on a deal to end dueling U.S. and Chinese tariffs. He added that lower-ranking officials want a deal, including Xi’s top economic adviser Liu He, but Xi has refused to make changes to China’s technology transfer and other trade policies.

“So far as we know, President Xi, at the moment, does not want to make a deal,” Kudlow said at the Delivering Alpha conference sponsored by CNBC and Institutional Investor magazine.

“I think Xi is holding the game up. I think Liu He and others would like to move but haven’t,” Kudlow said. “We are waiting for him (Xi). The ball is in his court.”

China could end U.S. tariffs “this afternoon by providing a more satisfactory approach” and taking steps that other countries are also calling for, he said.

Argentina’s informal peso down 2.05%, country risk widens to all time...