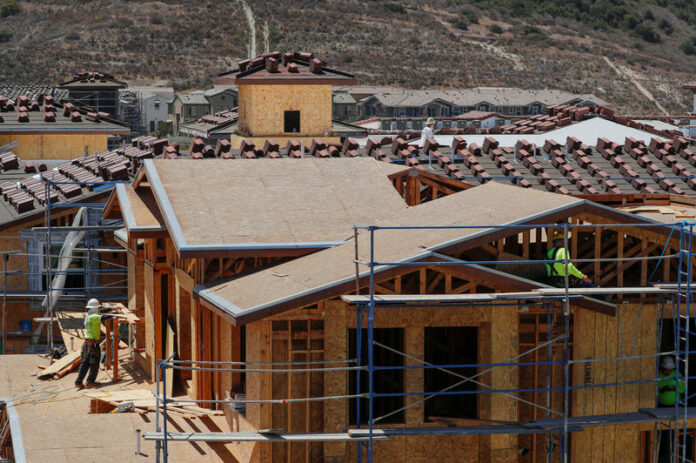 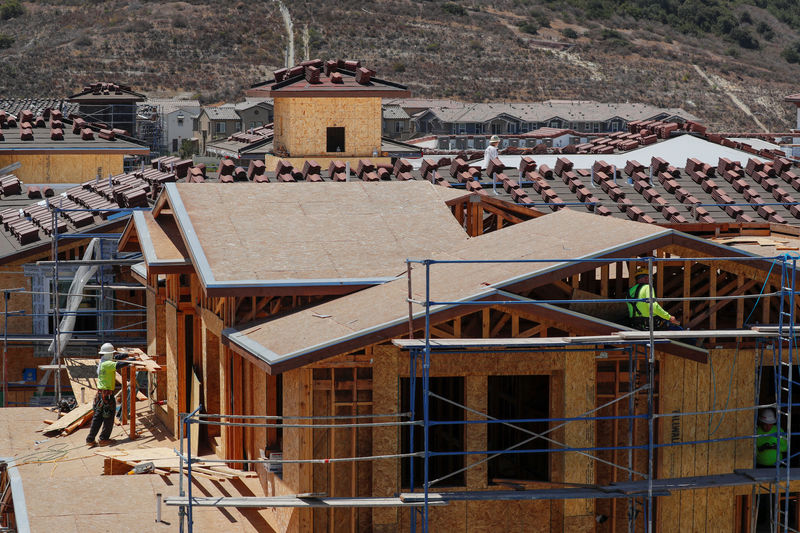 © Reuters. Development and construction continues on a large scale housing project of over 600 homes in Oceanside, California

(Reuters) – U.S. homebuilding fell to a nine-month low in June and permits declined for a third straight month, dealing a blow to the housing market as it struggles with an acute shortage of properties available for sale.

Housing starts tumbled 12.3 percent to a seasonally adjusted annual rate of 1.173 million units last month, the Commerce Department said on Wednesday. That was the lowest level since September 2017.

The percent drop was the biggest since November 2016. Data for May was revised down to show starts rising at a 1.337 million-unit rate instead of the previously reported 1.350 million-unit rate. Starts fell in all four regions last month.

Building permits dropped 2.2 percent to a rate of 1.273 million units, also the lowest level since September 2017.

Economists polled by Reuters had forecast housing starts falling to a pace of 1.320 million units last month and permits rising to a rate of 1.330 million units.

A survey on Tuesday showed confidence among single-family homebuilders unchanged in July, with builders continuing to be “burdened by rising construction material costs.”

The Trump administration in April 2017 imposed anti-subsidy duties on imports of Canadian softwood lumber, which builders say have boosted the price of a new single-family home. This, together with a lack of land and labor have worsened an acute shortage of homes for sale, hobbling the housing market.

Residential investment contracted in the first quarter. The housing market continues to lag overall economic growth, which appears to have accelerated in the second quarter after hitting a soft patch at the start of the year.

Starts for the volatile multi-family housing segment plunged 19.8 percent to a rate of 315,000 units in June. Starts for buildings with five units or more fell to a 10-month low.

Permits for the construction of multi-family homes dropped 7.6 percent to a pace of 423,000 units.