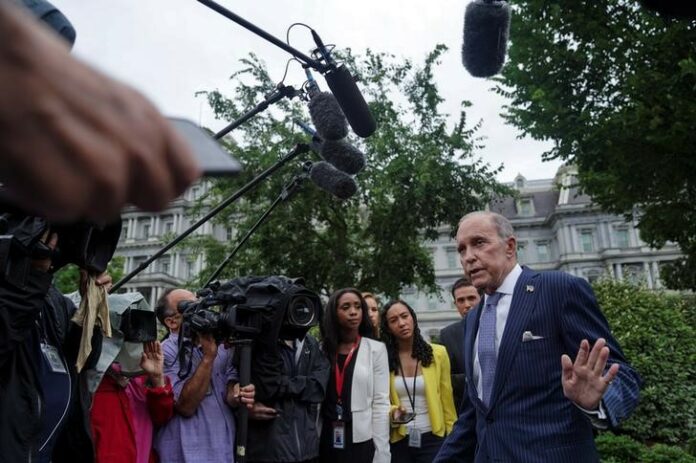 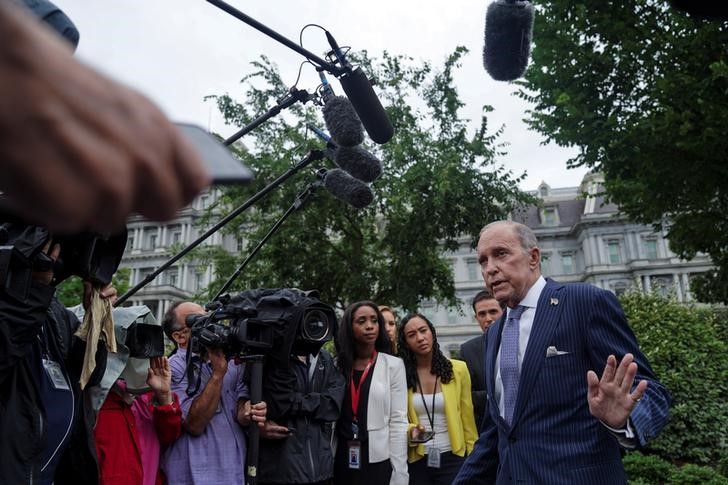 © Reuters. Director of the National Economic Council Larry Kudlow takes questions from reporters at the White House in Washington

Kudlow said he believed lower-ranking Chinese officials want to put a stop to dueling U.S. and Chinese tariffs. These officials include Xi’s top economic adviser Liu He, Kudlow said, but Xi has refused to make changes to China’s technology transfer and other trade policies.

“So far as we know, President Xi, at the moment, does not want to make a deal,” Kudlow said at the Delivering Alpha conference sponsored by CNBC and Institutional Investor magazine.

“I think Xi is holding the game up. I think Liu He and others would like to move but haven’t,” Kudlow said. “We are waiting for him (Xi). The ball is in his court.”

China could end U.S. tariffs “this afternoon by providing a more satisfactory approach” and taking steps that other countries are also calling for, he said.

Trump has also demanded that the European Union cut its 10 percent tariffs on imported cars, and his administration is conducting a national security study that could lead to a 25 percent U.S. tariff on imported vehicles. Such a move would hit European and Japanese automakers hard.

He said Juncker would bring a trade offer to Trump next week, but did not provide further details.

“We will be in discussions. I am told he’s bringing a very important free trade offer, Kudlow said. “I can’t confirm that, this is what I am hearing from ambassadors and others.”