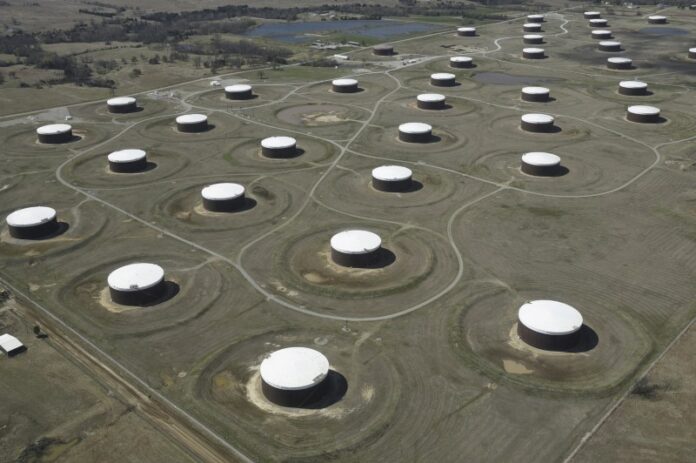 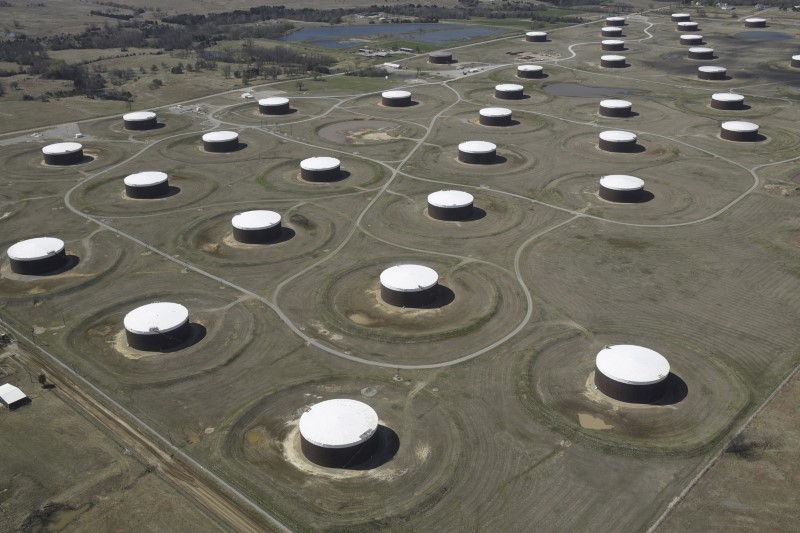 By Jarrett Renshaw and Stephanie Kelly

NEW YORK (Reuters) – U.S. refiners ran full-tilt in the second quarter, fueled by cheap domestic crude and fat margins that should boost earnings, though their heavy activity could eventually saturate the market with gasoline, sapping profits down the road.

U.S. independent refiners, including Phillips 66 (NYSE:) and Marathon Petroleum Corp (NYSE:), are expected to announce strong results due to the heavy discounts for U.S. and Canadian crude, along with strong fuel demand and lower costs to comply with the nation’s biofuel laws, analysts said.

Strong crack spreads – the margin on turning crude oil into diesel, gasoline and other products – have spurred refiners to keep production high. That margin averaged about $21.07 per barrel in the second quarter, its highest since 2015.

(For a graphic on daily crack spreads, see: https://tmsnrt.rs/2L5jSSB)

Among the largest independent refiners, Marathon, CVR Energy, and Hollyfrontier Corp rank in the top 10 percent in Thomson Reuters analyst revisions models, which weighs recent changes in estimates for revenue and per-share earnings, suggesting positive trends headed into reporting season for refiners, which begins next week.

The discount on crude prices in Midland, Texas widened by nearly $10 a barrel against benchmark futures during the second quarter, as production in the Permian surged beyond pipeline capacity to move oil out of the region.

Increased export demand also led to high utilization rates, a positive, said Sandeep Sayal, vice president in the refining and marketing group at IHS Markit. The United States exported about 5.1 million barrels per day (bpd) of products through the second quarter, according to data from the U.S. Energy Information Administration.

Refinery utilization rates hit their highest levels since 2005 in June as they processed record amounts of crude oil in June, according to the EIA.

However, high utilization rates could lead to oversupply of gasoline in the coming months, which would dampen refiners’ future profit margins.

“The next month or month-and-a-half, you might have some question marks around the gasoline market,” Justin Jenkins, lead refining analyst at Raymond James in Houston, said.

The outlook is a tale of two stories, analysts said. Gasoline inventories have swelled amid high runs and tepid demand growth, which will hurt the margin for further processing of gasoline.

However, stockpiles of distillates, which include diesel and , have sunk below four-year lows this summer amid surprising domestic demand and continued pull from Latin America. As the winter approaches, the traditional season for heating oil demand, that could again help refining margins.

“It’s going to be a real tug of war: the higher price of diesel versus a weakening gasoline market,” Zachary Rogers, a refining analyst at Wood Mackenzie, said.

Refiners have already begun switching yields to distillates to chase margins, despite being in the heart of the busy summer driving season, Rogers said.

However, they can only alter their yield by a few percent, particularly because refiners are flush with light that produces gasoline-friendly naphtha, Rogers said.

Refiners such as Delek US Holdings Inc and HollyFrontier, which source a majority of their crude from the Permian and are capable of processing mostly light, sweet crude, stand to benefit from cheap feedstock.

U.S. gasoline days of supply stood at 24.40 days last week, just shy of the highest on record for this time of year, EIA data showed.

Overall inventories are 4 percent above the historical average, data shows.

Refiners may have to consider more dramatic measures such as refinery run cuts if gasoline inventory does not clear out.

At the same time, U.S. distillate inventories are at their lowest seasonally since 2014 and about 20 percent below the same time last year.