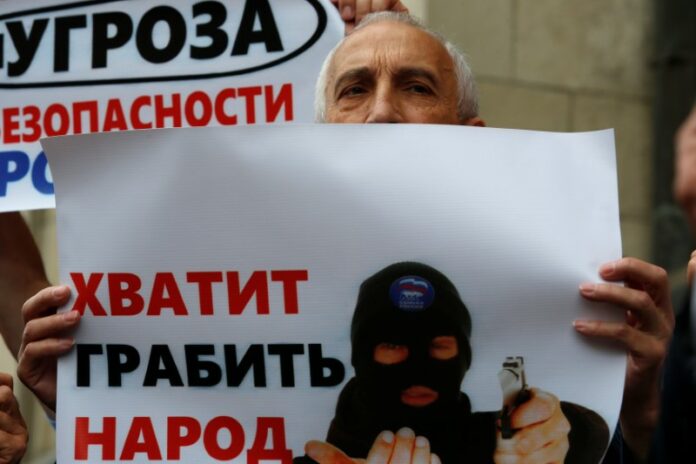 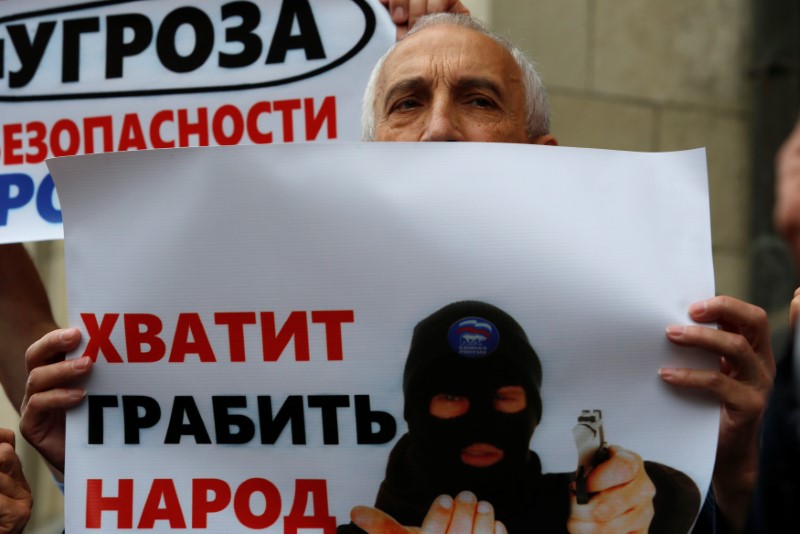 © Reuters. A man attends a protest against the government’s plan to raise the pension age in Moscow

MOSCOW (Reuters) – Russian lawmakers backed a proposal on Thursday to raise the retirement age in a preliminary vote, part of an unpopular budget package designed to shore up government finances which has already dented President Vladimir Putin’s approval ratings.

Looking for extra money for the budget, the government proposed raising the retirement age.

It made the announcement on June 14, the day Russia hosted the first match of the soccer World Cup, leading some critics to suggest the authorities were using the tournament to deflect attention from unpopular news.

The measure passed in the State Duma lower house of parliament on Thursday by a vote of 328 to 104.

Putin, who once promised not to raise the retirement age while he remains president, has so far distanced himself from the plan, which is opposed by around 90 percent of the Russian population.

On Wednesday, hundreds of people rallied in Moscow and St Petersburg against the new pension plan, which envisages increasing the retirement age for men to 65 from 60, and for women to 63 from 55.

An average pension in Russia is now at around 14,400 rubles ($226.94). The changes would be introduced gradually, starting in 2019, Prime Minister Dmitry Medvedev said when presenting the plan on June 14.

Both the pension age and VAT bills need to be approved in further readings to become law.