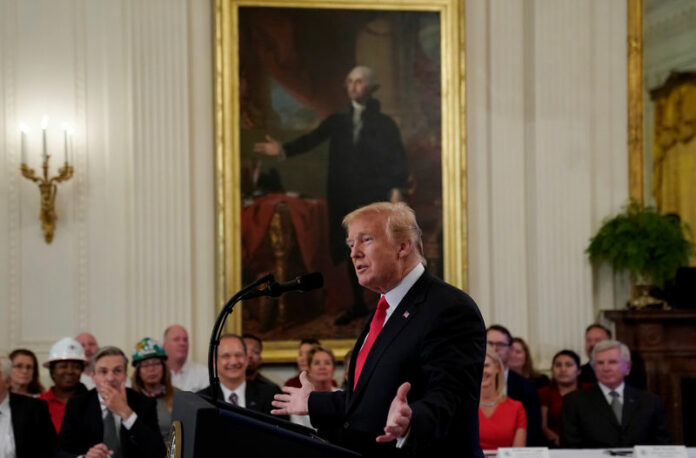 Trump and dollar: friend or foe? 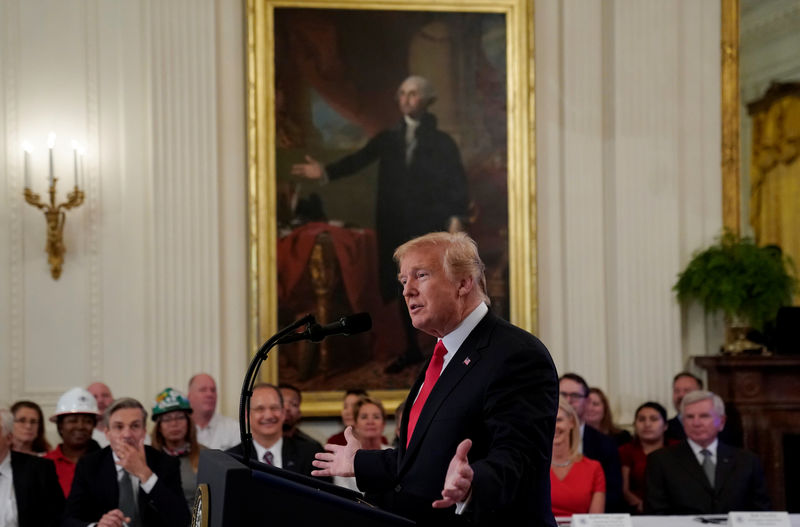 NEW YORK (Reuters) – Donald Trump’s comments that a strong dollar “puts us at a disadvantage” caused an instant fall in the greenback on Thursday and marked another example of the U.S. president commenting directly – and sometimes contradictorily – on the country’s currency.

Talking directly about the dollar is a break with typical practice by U.S. presidents, who are wary of being seen as interfering directly with financial markets, although presidents have influenced the currency with their policies or subtle hints.

“There are certain comments most presidents wouldn’t make,” said Michael O’Rourke, chief market strategist at JonesTrading. “They’d defer monetary policy to the Fed and the dollar to the Treasury secretary. But Donald Trump is not most presidents.”

In an interview with CNBC that aired in part on Thursday, Trump also said he was concerned that interest rate hikes would put the United States at a disadvantage. Higher interest rates and a strong dollar typically go hand-in-hand, because better yields attract foreign investment.

Yet the remarks, in an interview with CNBC that aired in part on Thursday, in which Trump said he was concerned that interest rate hikes as well as a strong dollar, would put the United States at a disadvantage, are not a break with his own practices.

There are occasional examples of presidents making remarks on the dollar in the past, including George W. Bush being quoted in 2003 that dollar declines were “contrary to our policy.”

But Trump has made comments far more often, varying on whether he thinks the dollar should be stronger or weaker.

In January 2017, after a post-election run-up in the dollar, Trump said the currency was “too strong.” In April 2017 he reiterated that stance. But that July Trump said he liked a dollar that was “not too strong.”

After a bout of weakness in the greenback, in January 2018 Trump said he wanted a strong dollar.

The (), which measures the greenback against a basket of six currencies, has gained about 6 percent in the past three months. The rise has been driven by strong U.S. economic data, rising interest rates and the possibility that a trade war could cause inflationary pressures and reduce the trade deficit of the world’s largest economy – factors that at least in part owe to Trump’s own policies.

The U.S. trade deficit and the loss of manufacturing jobs that Trump blames on unfair advantages enjoyed by other countries have been centerpieces of his economic policies. A strong dollar makes exports more expensive to purchasers. “A strong dollar would undermine his stance on trade,” said Eric Stein, co-director of global income group at Eaton Vance Management. “We might hear more beating of the drum about a weaker dollar.”

Some traders, however, said they doubted that Trump’s remarks would have a lasting effect.

After Trump’s remarks, the greenback (), which hit a one-year peak earlier on Thursday, fell 0.5 percent before rebounding a bit. In recent weeks, investors have been more confident that the dollar will rise.