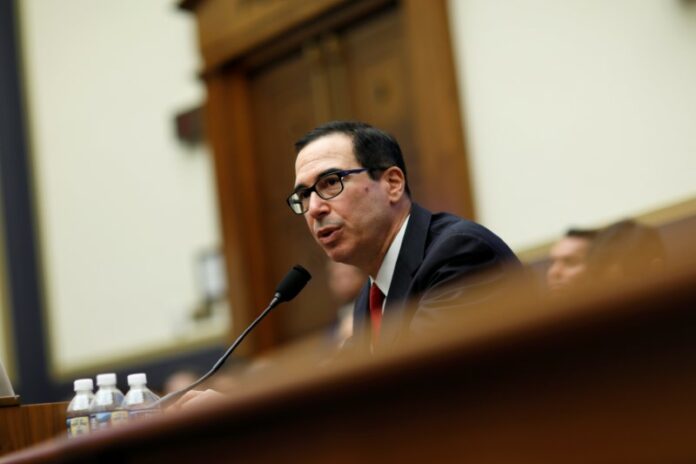 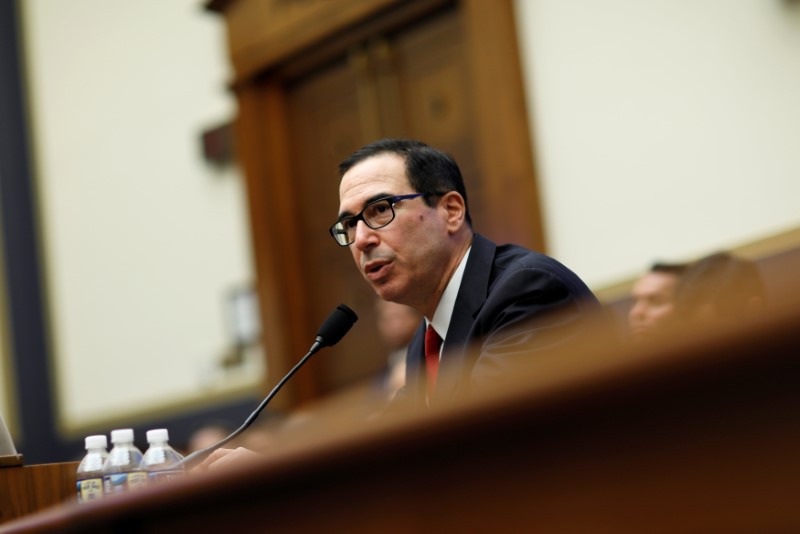 © Reuters. U.S. Secretary of the Treasury Steven Mnuchin testifies to the House Financial Services hearing on state of the international financial system on Capitol Hill in Washington

By David Lawder and Luc Cohen

WASHINGTON/BUENOS AIRES (Reuters) – The financial leaders of the world’s 20 biggest economies meet in Buenos Aires this weekend for the first time since long-simmering trade tensions burst into the open when China and the United States put tariffs on $34 billion of each other’s goods.

The United States will seek to convince Japan and the European Union to join it in a more aggressive stance against Chinese trade practices at the G20 meeting of finance ministers and central bank presidents, according to a senior U.S. Treasury Department official, who spoke on condition on anonymity.

But those efforts will be complicated by frustration over U.S. steel and aluminum import tariffs on the EU and Canada. Both responded with retaliatory tariffs in an escalating trade conflict that has shaken markets and threatens global growth.

“U.S. trading partners are unlikely to be in a conciliatory mood,” said Eswar Prasad, international trade professor at Cornell University and former head of the International Monetary Fund’s China Division.

“(U.S.) hostile actions against long-standing trading partners and allies has weakened its economic and geopolitical influence.”

At the close of the last G20 meeting in Argentina in March, the financial leaders representing 75 percent of world trade and 85 percent of gross domestic product released a joint statement that rejected protectionism and urged “further dialogue,” to little concrete effect.

Since then, the United States and China have slapped tariffs on $34 billion of each other’s imports and U.S. President Donald Trump has threatened further tariffs on $200 billion in Chinese goods unless Beijing agrees to change its intellectual property practices and high-technology industrial subsidy plans.

U.S. Treasury Minister Steven Mnuchin has no plans for a bilateral meeting with his Chinese counterpart in Buenos Aires, a U.S official said this week.

Rising trade tensions have led to concerns within the Japanese government over currency volatility, said a senior Japanese G20 official, who declined to be named. Such volatility could prompt an appreciation in the safe-haven yen and threaten Japanese exports.

Trump’s metals tariffs prompted trade partners to retaliate with their own tariffs on U.S. goods ranging from whiskey to motorcycles. The United States has said it will challenge those tariffs at the World Trade Organization.

The EU finance ministers signed a joint text last week that will form their mandate for this weekend’s meeting, criticizing “unilateral” U.S. trade actions, Reuters reported. The ministers will stress that trade restrictions “hurt everyone,” a German official said.

In a briefing note prepared for the G20 participants, the International Monetary Fund said if all of Trump’s threatened tariffs — and equal retaliation — went into effect, the global economy could lose up to 0.5 percent of GDP, or $430 billion, by 2020.

Global growth also may have peaked at 3.9 percent for 2018 and 2019, and downside risks have risen due to the tariff spat, the IMF said.

“While all countries will ultimately be worse off in a trade conflict, the U.S. economy is especially vulnerable,” IMF Managing Director Christine Lagarde wrote in a blog post. “Policymakers can use this G20 meeting to move past self-defeating tit-for-tat tariffs.”

Trade is not on host country Argentina’s published agenda for the July 21-22 ministerial, which focuses on the “future of work” and infrastructure finance. But it will likely be discussed during a slot devoted to risks facing the global economy, much as in March, according to an Argentine official involved in G20 preparations, who asked not be named.