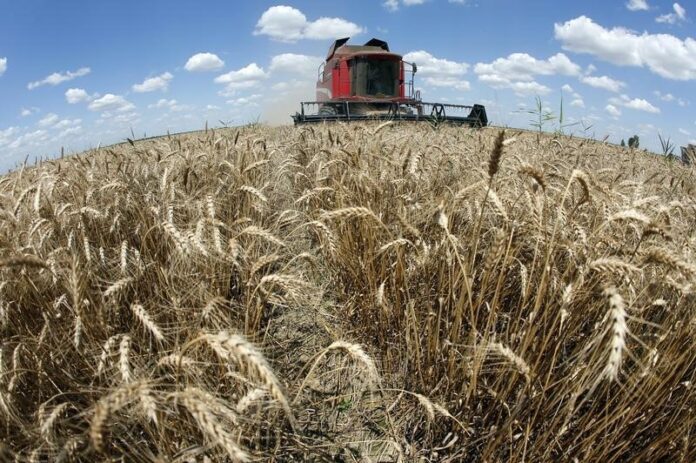 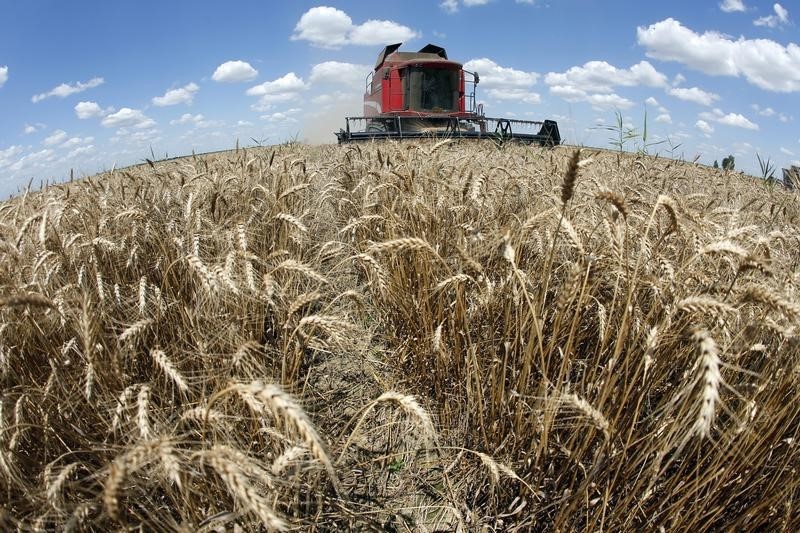 BUENOS AIRES (Reuters) – A record wheat harvest expected in Argentina this year could arrive just in time to jumpstart the ailing South American economy in the fourth quarter, after growth has been hit by low investment, high inflation and a soy crop devastated by drought.

Farmers are rushing to plant wheat in the moist conditions left by rainstorms that helped destroy Argentina’s recently-harvested soy bean crop. Months of dry weather gave way in April to three weeks of storms that helped cut the crop to about 35 million tonnes from original estimates of 55 million.

The deluge sealed the fate of the 2017/18 soy season but the humidity left behind set the stage for an increase in 2018/19 wheat planting.

With sowing set to end next month, the exchange estimates the area planted with wheat will rise by 7 percent this year across the country to 6.1 million hectares as farmers seek to capitalize on good growing conditions.

“We need money after the drought and wheat prices are high. Planting conditions are good, so that’s what’s happening,” said Pedro Vigneau, a grower in central Buenos Aires province, where he said farms are increasing wheat sowing by up to 30 percent from the previous season.

The bumper wheat crop comes as several suppliers around the world – including Germany, France and top exporter Russia – have seen their harvests cut by bad weather, sending expected global end-of-season stocks lower for the first time in six years.

Corn this year should bring in $3.3 billion in export revenue while drought-hit 2017/18 soy and byproducts fetch some $14 billion, de Freijo said.

“Wheat is the spark that ignites Argentina’s economic engine,” de Freijo said. He forecasts a 15 percent increase in output of the grain this season versus the 2017/18 crop year.

“This will play an important role in the level of economic activity in the fourth quarter, especially after a third quarter in which we expect the economy to touch bottom.”

Argentina’s wheat production has boomed since President Mauricio Macri was elected in 2015 and lifted market controls favored by his predecessor Cristina Fernandez who placed limits on wheat exports in an effort to hold down domestic food prices.

The outlook for Argentine wheat augurs well not only for world food supply but for Macri as well. His expected 2019 re-election campaign has come under the cloud of a currency crisis that has driven inflation to nearly 30 percent and prompted Argentina to turn to the International Monetary Fund for emergency financing.

“Macri’s re-election looks more difficult than it did six months ago but he still has a good shot if the economy starts to recover before the end of the year,” said Ignacio Labaqui, who analyzes Argentina for consultancy Medley Global Advisors.

Markets will watch closely as the October 2019 presidential election approaches. Farmers and business leaders hope Macri will win another term and continue his free-market reforms.

He took office after a decade of heavy state intervention in the economy under presidents from the now opposition Peronist party.

A good wheat crop will give growers the cash they need to expand sowing of their main Southern Hemisphere summer crops.

“What will make the difference to the overall economy will be the soybeans and corn that start getting planted in October and account for 75 percent of our planted area,” said Agustin Tejeda Rodríguez, economist at the Buenos Aires Grains Exchange.

“Wheat is the bridge between the drought and the next season.”

The exchange has published a preliminary wheat harvest estimate of 19 million tonnes, which would top the current record of 17.75 million tonnes in the 2017/18 season, according to its figures.

And the crop forecast could go higher if the weather remains good, Tejeda Rodriguez said.