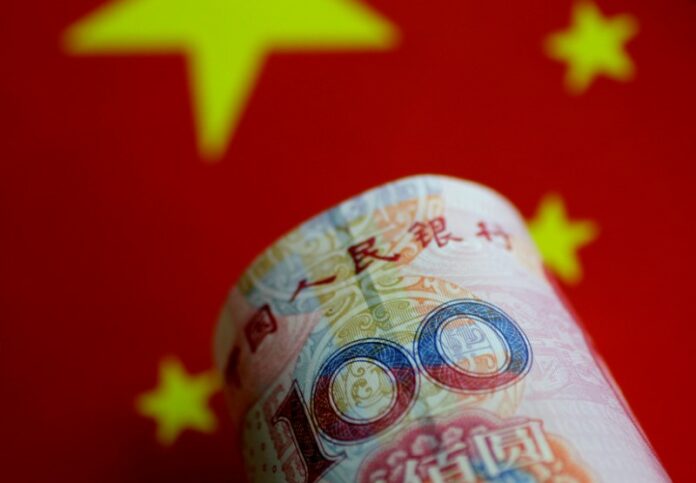 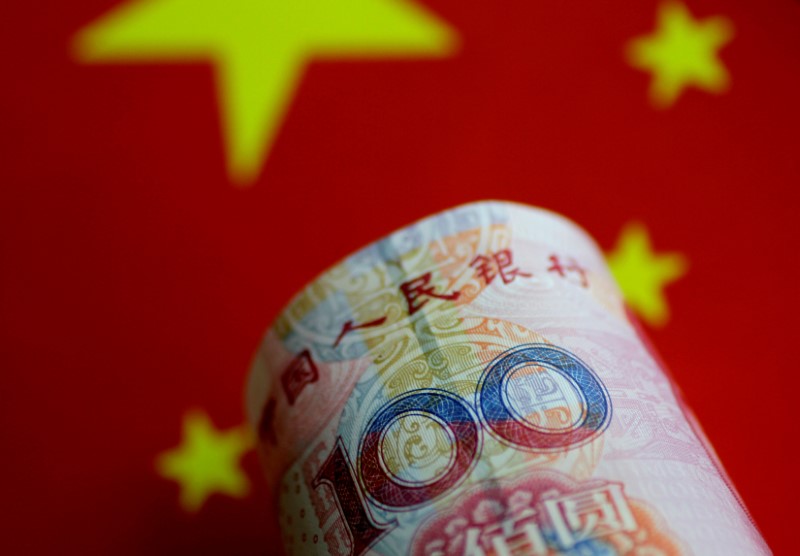 TOKYO (Reuters) – The yuan slumped to a more than one year low on Friday while the dollar edged down against major peers after U.S. President Donald Trump expressed concern about the currency’s strength.

The yuan fell after China’s central bank set the daily midpoint for onshore trading lower for a seventh straight day.

Later the regained some losses to trade 0.4 percent down, at 6.8212 per dollar, as traders said major state banks bought the yuan.

Markets focused on a CNBC interview with Trump on Thursday U.S. time, in which he said a strong dollar puts the United States at a disadvantage and that the “was dropping like a rock.”

Trump also showed displeasure about the Fed’s monetary tightening, saying that he was worried about its potential impact on the U.S. economy and American competitiveness.

The White House later said in a statement that the president respects the U.S. central bank’s independence and was not interfering with its policy decisions.

Analysts said Trump’s remarks could lead investors who were thinking about buying dollars to postpone their purchases.

“For investors who were contemplating to buy dollars from now on, I think it will have a strong enough effect that they will hold off on that,” he said.

Against the Japanese yen

Shinichiro Kadota, senior FX and rates strategist at Barclays (LON:), said the market was “caught a bit off guard” by Trump’s comments.

“The discussions and debates around trade policy have not necessarily involved foreign exchange so far,” he said. “Now it looks like Trump is criticizing yuan and euro weakness and the dollar’s strength.”

Thursday was not the first time Trump voiced his displeasure with a strong dollar. He told the Wall Street Journal on three separate occasions last year that the dollar was “too strong”.

The versus a basket of six major currencies () was slightly lower on Friday at 95.115, just above the psychologically-significant threshold of 95.

It had dropped from a one-year high of 95.652 to 94.333 following Trump’s remarks before winning back some of its losses.