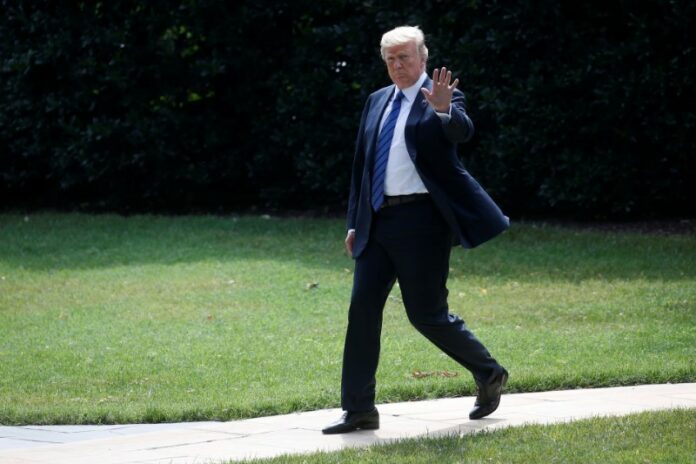 U.S. tariffs to cost Germans up to 20 billion euros this year: report 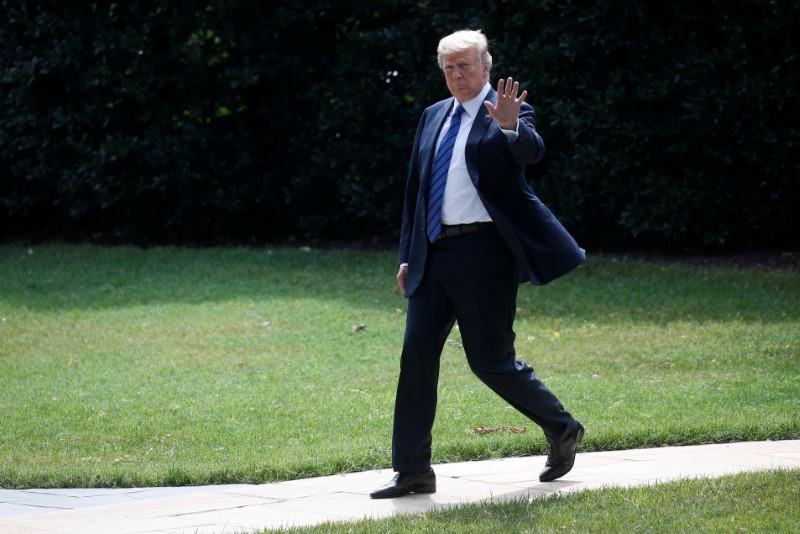 © Reuters. U.S. President Donald Trump walks to Marine One to depart for travel to New Jersey from the South Lawn of the White House in Washington, U.S.

BERLIN (Reuters) – U.S. President Donald Trump’s tariffs will lead to a drop in prosperity in Germany this year and are likely to cost Germans up to 20 billion euros ($23.44 billion), the head of German think-tank IMK said.

The United States imposed tariffs on EU steel and aluminum on June 1 and Trump is threatening to extend them to EU cars and car parts.

“The policy of tariffs will cost Germans up to 20 billion euros in additional income this year,” Gustav Horn, director of the IMK, which is close to the trade unions, told weekly magazine Der Spiegel.

“Without Trump’s policies, the upturn would do better in terms of exports,” he added.

If firms had better export prospects, they would have reason to invest more, he said. But that is not happening now and is resulting in income and number of jobs being lower than possible, he added.

If the trade conflict escalates further, exports and therefore investment would tumble, Horn was cited as saying, adding: “That would be the classic case of an economic downturn.”

On Friday the head of the DIHK Chambers of Commerce said tariffs on imported cars that the United States is considering would slash around 6 billion euros ($7.03 billion) off German economic output.