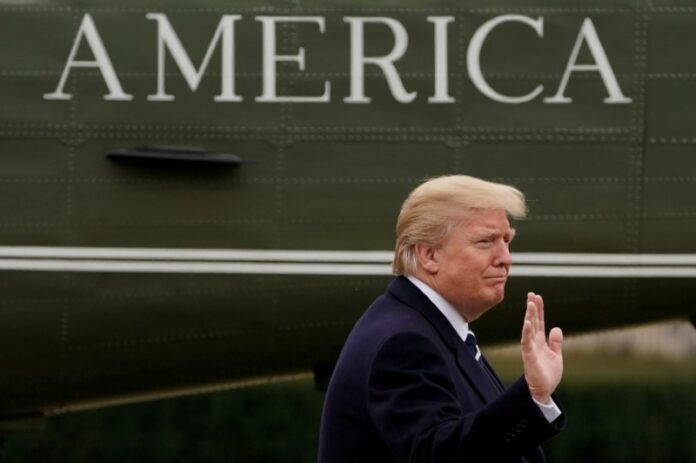 © Reuters. Top 5 things to watch this week in financial markets

Investing.com – Market focus in the week ahead will be largely attuned to the next potential steps of the brewing trade war between the United States and its major trading partners, most notably China and the European Union.

Trade-war fears have been simmering for months, keeping market gains in check with investors jittery over the prospects of further escalation in tensions having an impact on global economic growth.

The coming week also marks the busiest one of the second-quarter earnings season on Wall Street, with many of the big-name U.S. technology stocks, such as Google parent Alphabet, Facebook and Amazon, set to report in the days ahead.

There is also important second-quarter U.S. growth data this week, which is expected to show the economy expanded at its fastest pace in four years in the April-June period.

Ahead of the coming week, Investing.com has compiled a list of the five biggest events on the economic calendar that are most likely to affect the markets.

Escalating trade rhetoric will keep investors on their toes as they watch further developments amid an ongoing trade dispute between the U.S. and China.

President Donald Trump warned on Friday that he was ready to the U.S. imports from China, remarks that threatened to escalate a trade clash with the Asian giant.

Washington has already imposed tariffs on $34 billion of Chinese goods, with another $200 billion being looked at. In return, Beijing levied taxes on the same value of U.S. products.

Additionally, Treasury Secretary Steven Mnuchin said Friday that the U.S. is , and will review whether the currency has been manipulated.

Mnuchin’s comments raised the specter of designating China as a currency manipulator for the first time since the early days of the Trump administration in 2017.

The has lost 7.5% of its value against the dollar since the end of the first quarter, prompting speculation that Chinese policymakers are allowing their currency to weaken in order to offset the impact of U.S. trade tariffs, by making their exports more competitive.

European Commission President Jean-Claude Juncker in Washington on Wednesday to discuss strained trade relations between the European Union and the United States.

The meeting comes after the U.S. imposed tariffs on EU steel and aluminum and amid Trump’s repeated threats to extend those measures to European cars.

However, EU officials have sought to lower expectations about what Juncker can achieve and downplayed suggestions that he will arrive with a novel plan to restore good relations.

The bloc previously offered to open its markets wider to U.S. imports, including cars, as part of a reciprocal but limited trade deal, but Washington rebuffed the proposal.

There are about 170 companies and 11 members reporting earnings in what will be the busiest week of the second-quarter earnings season.

Most of the focus will be on the FANG group of stocks. Google parent Alphabet (NASDAQ:) reports after Monday’s closing bell, followed by Facebook (NASDAQ:) after the bell on Wednesday, and Amazon (NASDAQ:), which reports Thursday after the markets close.

So far, 87 S&P 500 companies have released their latest quarterly results, of which 83% have beat consensus estimates, according to FactSet.

Investors will keep an eye on a due at 8:30AM ET Friday for further clues on when and how fast the Federal reserve will raise interest rates.

The report is expected to show the economy expanded at an annual rate of 4.1% in the April-June period, nearly double the first quarter’s output. That would be the highest since the third quarter of 2014.

Besides the GDP report, this week’s rather light economic calendar also features data on and .

However, Trump late last week, claiming that their plans to raise interest rates risked undermining his efforts at strengthening the economy.

He also lamented the strength of the U.S. dollar in posts on Twitter and accused China and the EU of currency and interest-rate manipulation that he claims has put the U.S. at a disadvantage.

The European Central Bank is all but certain to keep interest rates at their current record low levels at the conclusion of its at 1145GMT (7:45AM ET) on Thursday.

will hold a closely-watched press conference 45 minutes after the rate announcement as investors seek further clues on when the central bank plans to start hiking borrowing costs.

At its previous meeting in June, the ECB pledged to keep interest rates at current levels until “at least through the summer” of 2019.

Some ECB policymakers apparently still want a June 2019 rate rise, while others see trade tensions as a reason to stay loose for longer.

According to a taken July 10-18, the ECB will raise rates in the third quarter next year, before President Mario Draghi’s term ends in October 2019.

This week’s calendar also features flash July PMI surveys on and , which should give some indication of how the region’s economy is coping with global trade conflicts, Italian politics and messy Brexit negotiations.

Stay up-to-date on all of this week’s economic events by visiting: http://www.investing.com/economic-calendar/