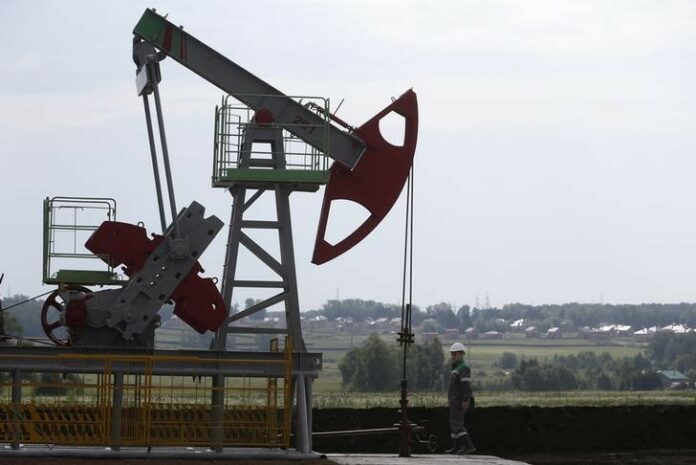 © Reuters. Oil was steady on Monday.

Prices surged earlier in the session after Trump warned Iranian President Hassan Rouhani on Sunday to “never, ever threaten the U.S. again,” or Iran would “suffer the consequences.”

The tweet was in response to comments from Rouhani who said that hostile policies would lead to “the mother of all wars.”

The U.S. has threatened to block oil trade with Iran after Trump withdrew from the nuclear agreement with Tehran.

Meanwhile trade tension worry also boosted prices, as a G20 meeting of finance ministers and bank governors from the world’s 20 biggest economies ended with a call for talks on trade and geopolitical tensions.

“Downside risks over the short and medium term have increased,” the finance leaders said in a statement.

The news offset worry over production losses and lack of supply rising to meet demand. Last week the number of oil rigs in the U.S. fell by five, the biggest cut since March, bringing the count down to 858, Baker Hughes reported on Friday. Still, the number of U.S. rigs, an indicator of future output, is higher than last year, when only 764 rigs were active.