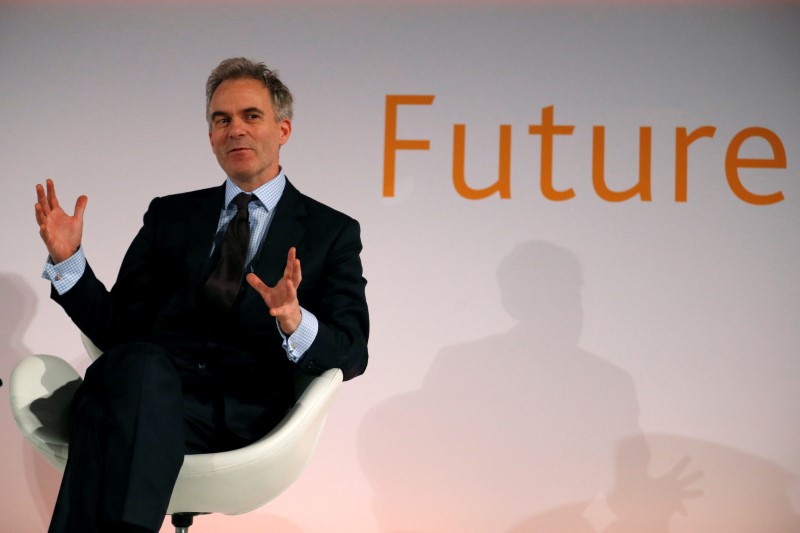 LONDON (Reuters) – The Bank of England will tread carefully and keep a close eye on the effect on inflation when the time comes for it to start to sell its 435 billion pounds of quantitative easing (QE) assets, BoE Deputy Governor Ben Broadbent said on Monday.

Interest rates will remain the central bank’s main tool for the BoE steering policy – and BoE policymakers will keep in mind that the effect of QE and its reversal can depend not just on market conditions but on central bank communication around it.

Broadbent stuck close to the central bank’s recently updated guidance on the relationship between QE and interest rates in a speech to London’s Society of Professional Economists.

“The framework is designed to ensure that, should inflationary pressures weaken after that date, the first response would be to cut interest rates,” Broadbent said.

As a result, investors should not assume that the BoE was adopting a more hawkish approach when it started the process of reversing QE.

“The unwind process is not in itself a hawkish signal,” he said.

Last month the BoE said it might start to sell some of the 435 billion pounds ($570 billion) of government bonds it bought to provide quantitative easing stimulus once it raises its interest rate to about 1.5 percent, compared with a previous 2 percent threshold.

The BoE’s main interest rate currently stands at 0.5 percent – its level for most of the period since 2009. Most economists polled by Reuters expect the BoE to raise rates to 0.75 percent next week, but then to keep rates on hold until 2020.

Broadbent said he did not know exactly when the 1.5 percent threshold for starting to reverse QE was likely to be met.

Based on the experience of the U.S. Federal Reserve, the impact of QE and its reversal depended on central bank communication as well as financial market conditions.

Broadbent stressed the BoE would look closely at any disinflationary impact from reversing QE.

“To that extent, Bank Rate would be lower than it otherwise would have been,” he said.

“That’s why we took care to add another sentence to last month’s monetary policy statement: ‘Decisions on Bank Rate will take into account any impact of changes in the stock of purchased assets on overall monetary conditions, in order to achieve the inflation target’.”

The BoE says it intends to raise interest rates in a limited and gradual way, and its most recent set of economic forecasts in May assumed rates of 1.2 percent by late 2020.

Broadbent said in May that it had been a “straightforward” decision for him to vote to keep interest rates on hold that month, after several pieces of weak first-quarter data.

Since then, other BoE policymakers have said the first-quarter slowdown looks to have been mostly weather-related.

In response to a question from the audience, Broadbent said he had not decided how he would vote at next week’s policy decision, and would not say if he had.