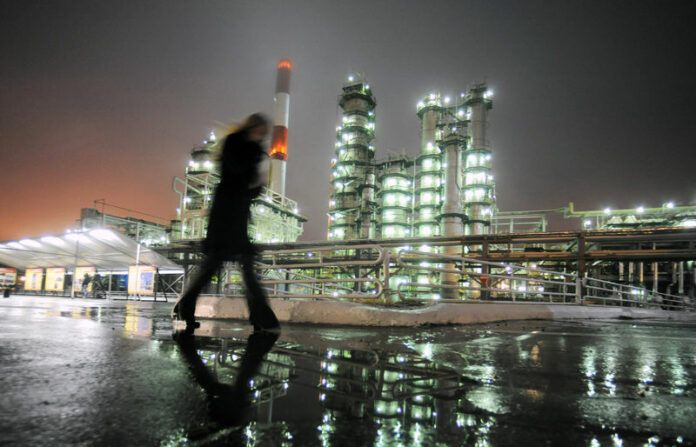 DUBAI (Reuters) – Rising oil revenues are greatly improving the outlook for budget and trade balances among Gulf Arab countries but will do very little to boost economic growth, a quarterly Reuters poll of economists showed.

The benchmark Brent oil price () has averaged about $71.60 a barrel so far this year, up from $55 last year. Also, Gulf states are set to export more oil this year after global producers agreed last month to boost output, partly to compensate for anticipated losses in production by Iran, which faces U.S. sanctions.

That is a boon for state finances and external surpluses across the region, especially in Saudi Arabia, the top exporter. Saudi investment bank Jadwa forecasts Riyadh’s oil revenues at $154 billion this year, instead of the $131 billion which the government budgeted last December.

In the poll of 24 economists, the median prediction for Riyadh’s state budget deficit this year was 4.8 percent of gross domestic product, instead of the 7.8 percent they forecast in the last poll.

A 4.8 percent deficit, while still unsustainable for Saudi Arabia in the long run, would be the smallest since 2014, when an oil price plunge began to pressure Riyadh’s finances. The latest poll predicts next year’s deficit at 4.5 percent of GDP, instead of 6.7 percent previously forecast.

Fiscal forecasts for the other five Gulf Cooperation Council states have also improved. The United Arab Emirates is now seen enjoying a state budget surplus of 0.1 percent of GDP this year instead of a 2.9 percent deficit; the forecast for 2019 has switched to a 1.4 percent surplus from a 2.2 percent deficit.

Saudi Arabia is now seen running a surplus of 8.7 percent of GDP this year, up from the previous poll’s 3.3 percent – although it would remain smaller than the double-digit figures recorded before the oil price plunge.

However, the improvements look likely to have little impact in raising modest economic growth in the Gulf, the latest poll showed.

Private sectors are still struggling with government austerity steps such as tax rises and spending curbs, and because governments are expected to use much of their windfall oil revenues to cut deficits rather than stimulate growth.

“Higher-than-budgeted oil revenue will not result in higher government expenditure, but rather, it will contribute to lowering the fiscal deficit,” Jadwa said about Saudi Arabia.

The latest poll raises the median forecast for Saudi GDP growth this year to 1.8 percent from 1.5 percent, and to 2.5 percent from 2.4 percent for next year. Jadwa expects Saudi Arabia’s non-oil private sector to expand just 1.1 percent this year.

Growth forecasts for the UAE are unchanged from the previous poll at 2.6 percent this year and 3.2 percent next.

Bahrain is now expected to run a budget deficit of 8.8 percent of GDP this year instead of the 9.8 percent previously forecast, and 7.6 percent next year. Its current account is expected to stay in deficit through 2020.