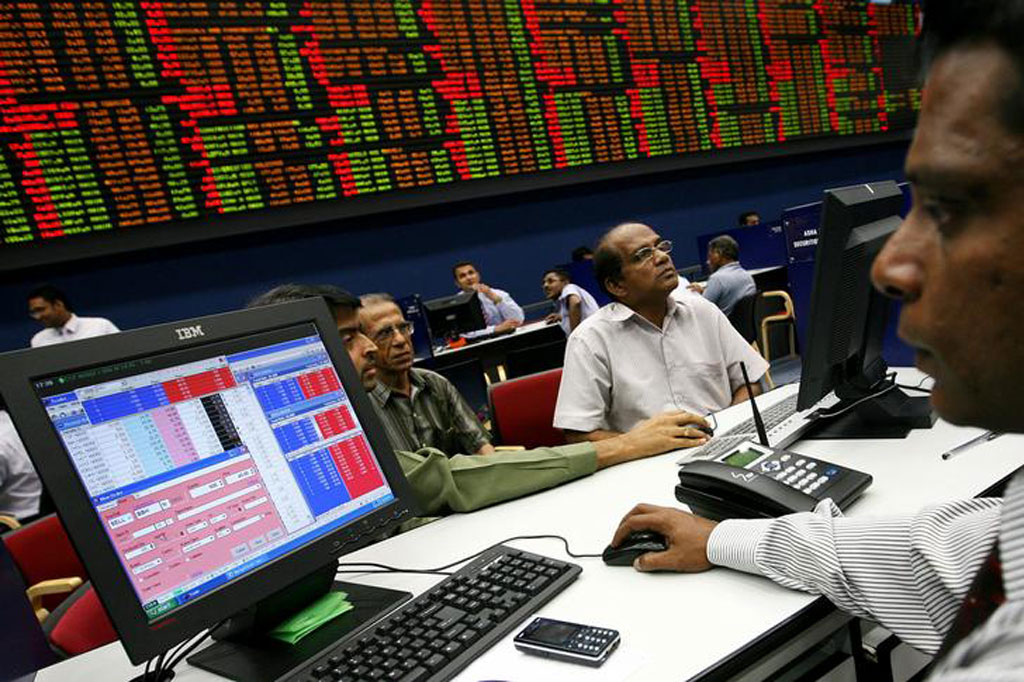 The Colombo stock index ended 0.02 percent weaker at 6,183.64. The index, which is down nearly 3 percent in the year so far, had on Friday recorded its highest close since June 29.

“Though there is selling pressure in the market, the decline is not huge,” said Dimantha Mathew, head of research, First Capital Holdings.

“Foreigners are net buyers and that creates some positive sentiment.”

Foreign investors bought equities worth net 90.3 million rupees on Tuesday, but they have been net sellers of stocks worth 2.4 billion rupees so far in the year.

A downward revision in economic growth estimate earlier this month by the central bank has hurt sentiment, analysts have said.

Economic growth in 2018 is likely to be between 4 percent and 4.5 percent, falling short of an earlier estimate of 5 percent, Central Bank Governor Indrajit Coomaraswamy said earlier this month.