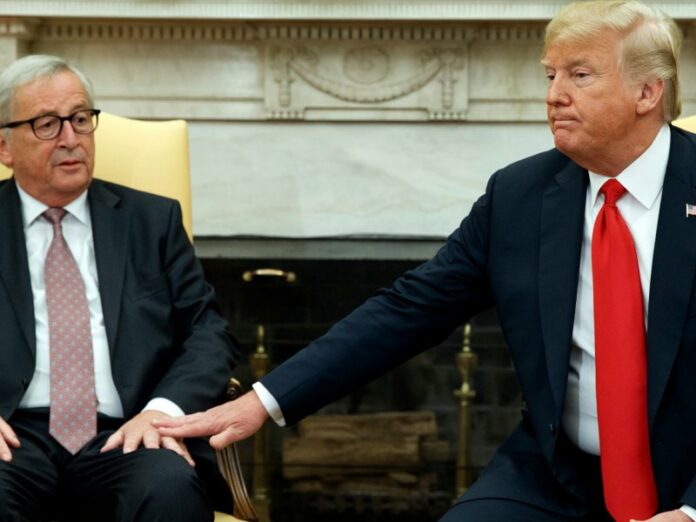 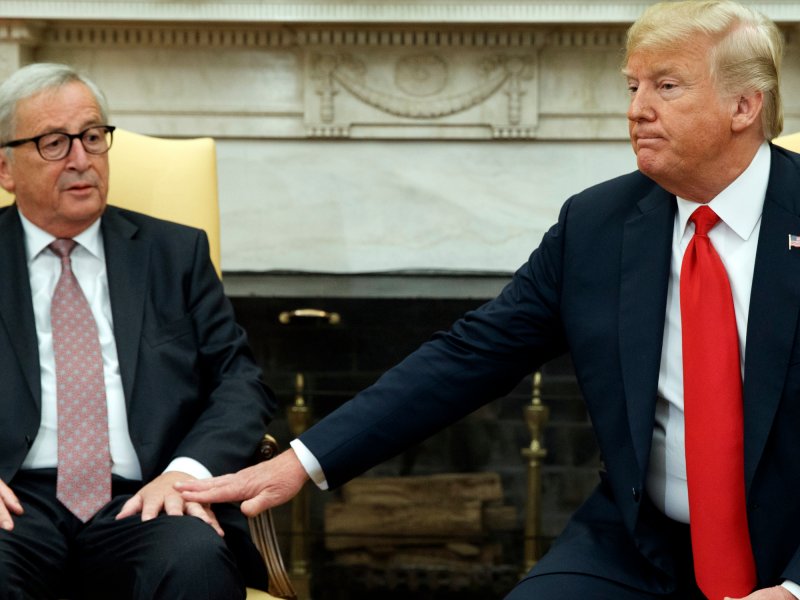 He has floated plans to pay $12 billion in additional farm support payments to offset crop price declines driven by the tariffs he has imposed on China and the retaliatory tariffs they have imposed on us.

And when European Commission head Jean-Claude Juncker came to the White House, Trump and Juncker announced an airy, vague agreement on trade — mostly an agreement to talk about having more talks, though Juncker made an assurance that Europe will buy more soybeans. And Trump, crucially, said there will be no new tariffs, for now, while the US and Europe talk.

We will even try to “resolve” our disputes over metals, though that is just a specific form of agreement to talk about talking.

With these vague public announcements, Trump is sending a message: I understand my tariffs are hurting some Americans, I have a plan to offset some of that pain, and I’m trying to find a way forward to a future with fewer trade barriers instead of more.

I don’t think any of this signals a change of heart. But it may signal a favorable change of political judgment that spares us maximum trade war escalation.

As many Republican members of Congress have pointed out, creating an economic problem and then handing out subsidies to offset it is a much worse approach than not creating the problem in the first place.

And while damaging tariffs on automobile imports — which would both raise consumer prices and disrupt employment in the automotive industry, because of likely retaliatory tariffs — are being avoided for now, ill-considered tariffs on steel, aluminum and other products are still very much in place.

And residents of farm states have good reason to doubt the added subsidies will last as long as the trade war does.

And, of course, Trump could change his mind next week. A few months ago, Trump seemed to be at a trade detente with China, too. The auto tariffs he is reportedly itching to impose might still come, later, when he gets frustrated that Europe isn’t actually buying enough soybeans — or whatever.

Still, it is good that the president has shown that he understands his tariffs have economic and political costs — and that he decided a good way to deal with that was at least a gesture toward ceasefire on tariff escalation.

Trump’s remarks last week criticizing the Federal Reserve reflect a fact about trade that may be dawning on him.

Trump criticized the Fed for raising interest rates, nothing that doing so tends to raise the trade deficit. This is true.

Since Trump seems to view “winning and losing” in trade as a matter of the size of the trade deficit — if you sell me more than I sell you, I’m losing — maybe he has realized he should be worried less about tariffs and more about exchange rates and monetary policy.

Unfortunately for Trump, he has much less direct control over monetary policy than he does over tariff policy. If the lessons Trump learned in the last two weeks stick, we might see fewer unilateral tariffs from him and more whining about Fed policy.

I’d consider that a fair trade.