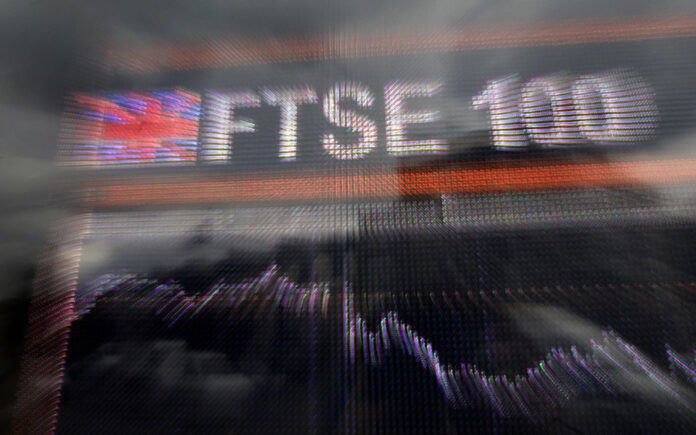 The blue-chip FTSE 100 index was down 0.3 percent at 7,679.86 points by 0852 GMT, in line with a broader decline among European stocks at the start of a week where central bank policymaking will be in focus.

Shares in GVC Holdings were a bright spot, however, jumping 5 percent to the top of the index after the British gambling company agreed a joint venture with US hotel and casino operator MGM Resorts International to set up an online betting platform in the United States.

GVC’s shares hit a record high and were on track for their best day since mid-May.

“A 50/50 JV would enable GVC to benefit from a much larger profit pool in future, and any initial operating losses would likely be compensated for by future market share gains,” analysts at Berenberg said in a note.

Elsewhere, shares in Morrisons were boosted by an upgrade from UBS to “buy” from “neutral”, sending the stock 2.1 percent higher.

More broadly, a decline across materials stocks was the biggest weight. Shares in miners Rio Tinto, Glencore and Anglo American all fell 0.9-1.3 percent as the price of copper declined after economic data which may indicate slowing growth in top metals consumer China.

Heavyweight oil stocks BP and Royal Dutch Shell were also on the back foot, down 0.2 percent and 0.4 percent respectively.

Earnings reports were the main focus among smaller stocks, with brickmaker Ibstock the biggest mid-cap faller. It was down more than 11 percent after the company said it expects first-half core earnings to fall and warned of lower-than-expected brick output in the second half of the year.

Hiscox and Senior were at the top of the index, up around 9 percent after both companies gave updates.