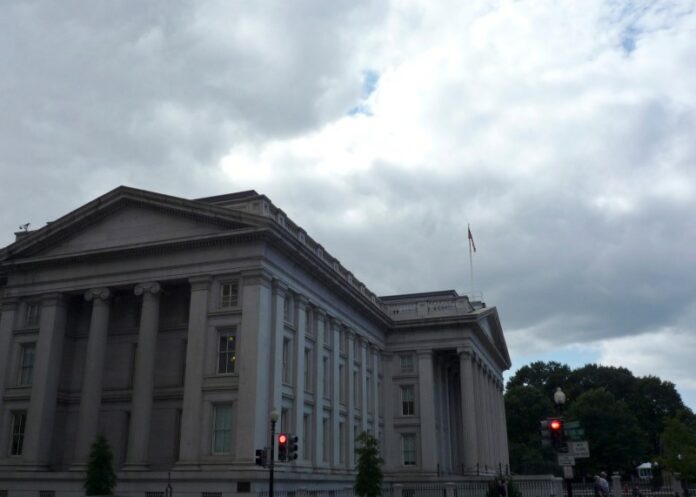 WASHINGTON (Reuters) – The U.S. Treasury on Tuesday backed the creation of a federal charter for financial technology firms, in a boon for online and peer-to-peer lenders that have long complained the current state-by-state licensing regime is expensive and outdated.

The recommendation will be cheered by the likes of OnDeck Capital Inc (N:), Kabbage and Lendio, which have been hoping the U.S. Office of the Comptroller of the Currency (OCC) will proceed with a proposed charter that would allow fintech firms to operate nationwide under a single licensing and regulatory regime.

The Treasury’s backing boosts the likelihood OCC head Joseph Otting will proceed with the charter first floated by his predecessor Thomas Curry in 2016, even though state regulators have vigorously opposed the idea saying it exceeds the OCC’s statutory authority.

The New York Department of Financial Services and the Conference of State Bank Supervisors unsuccessfully sued the OCC last year to block the charter.

The Independent Community Bankers of America has also raised concerns, saying such a charter may allow fintech firms to circumvent tough banking rules.

In its 222-page report on Tuesday, the Treasury recommended the charter as a way in which the U.S. regulatory landscape could be improved to better support non-bank financial institutions and foster technology-driven innovation.

“American innovation is a cornerstone of a healthy U.S. economy. Creating a regulatory environment that supports responsible innovation is crucial for economic growth and success, particularly in the financial sector,” said Secretary Steven Mnuchin in a statement.

But the Treasury recommended against allowing fintech firms to collect government-insured deposits under such a charter. This limitation, which aims to reduce risks to taxpayers, could undermine the use of a charter for some fintech firms, according to industry insiders.

The OCC, which was not immediately available for comment, is expected to publish its position on the charter shortly.

Tuesday’s report was the last of four by the Treasury as part of a review of existing financial rules mandated by an executive order from U.S. President Donald Trump in February. The previous three reports focused on banks, capital markets and asset managers and insurers.

This recommendation is likely to draw criticism from Democrats, who say the erosion of such rules will harm consumers.