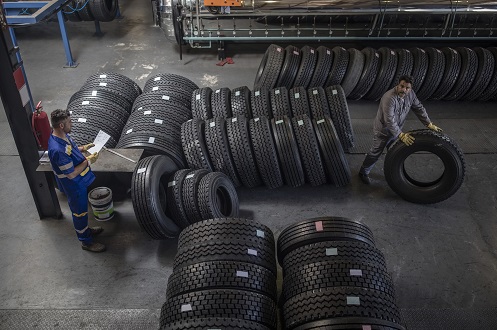 Asia BD looks set to rise in the near term, rebound short-lived

SINGAPORE (ICIS)–Asia butadiene (BD) spot prices look set to rise in the near term but the rebound may be short-lived due to the prevailing weak downstream styrene butadiene rubber (SBR) and polybutadiene rubber (PBR)  markets.

Butadiene (BD) is a raw material used in the production of tyres.

Traders or suppliers are targeting a price increase because supply is expected to tighten while demand from the derivative acrylonitrilebutadiene styrene (ABS) and acrylonitrile butadiene rubber (NBR) makers remains firm.

“Suppliers or sellers will not unload their spot cargoes at below $1,750/tonne CFR NE Asia as supplies are getting tighter and there is buying interest from the derivative ABS or NBR makers,” a trader said.

Several crackers are scheduled to shut from September to November including South Korea’s Lotte Chemical and LG Chem and China’s Sinopec Shanghai SECCO and Maoming Petrochemical. 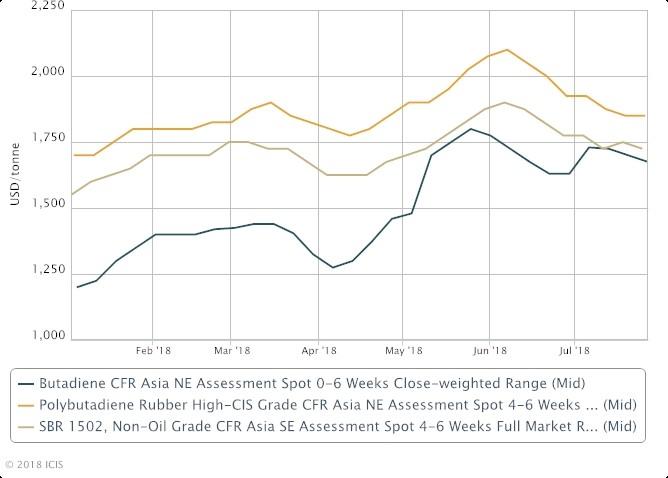 Despite resistance from the major downstream SBR and PBR makers who form the major consumers of BD, suppliers are holding out for higher prices.

“BD is a very competitive commodity and there are consumers who can afford and can pay more than the SBR or PBR makers,” a regional BD supplier said.

The price rebound may not be sustainable as the downstream SBR and PBR markets remain in the doldrums, with their margins severely eroded or falling into negative territory.

“The upside will be limited as the margins of the downstream rubber and polymer are very badly squeezed and they are suffering,” a trader said.

The downstream SBR and PBR prices had been facing strong competition from natural rubber (NR), a rival substitute feedstock which is also used in the production of tyres for the automotive industry.

“NR is about $400-500/tonne cheaper than SBR or PBR and this makes it difficult for SBR and PBR makers to raise their prices. If BD were to continue to rise above $1,800/tonne, this will destroy demand,” a downstream synthetic rubber producer said.

Several SBR and PBR producers  in Asia including South Korea’s Kumho Petrochemical, Taiwan’s TSRC and China’s Shen Hua are already running their plants at lower rates or have brought forward their shutdown schedules as their margins continued to be eroded. 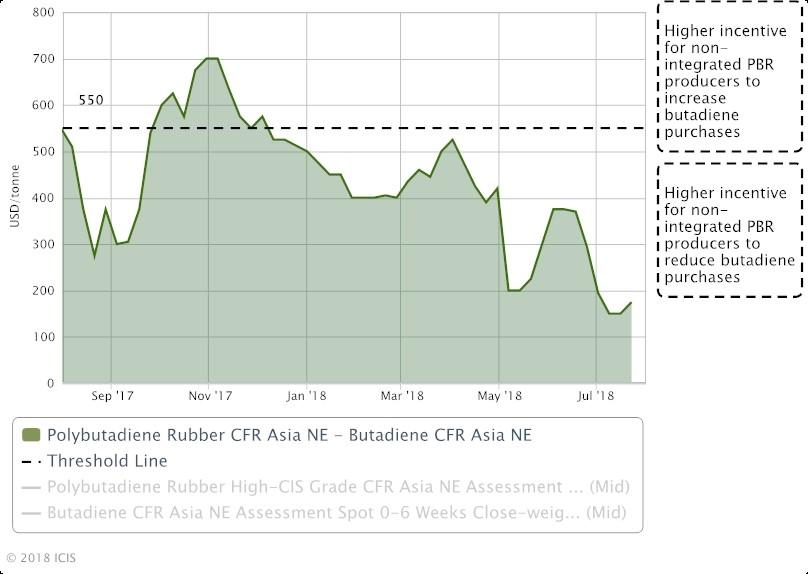 A key consumer of BD, deep-sea cargoes account for the bulk of South Korea’s butadiene (BD) imports in the first half of this year, although China is expected to play a more active role as an exporter in the future as it expands its BD capacities.

China has exported more than 10,000 tonnes of BD since June to South Korea this year.