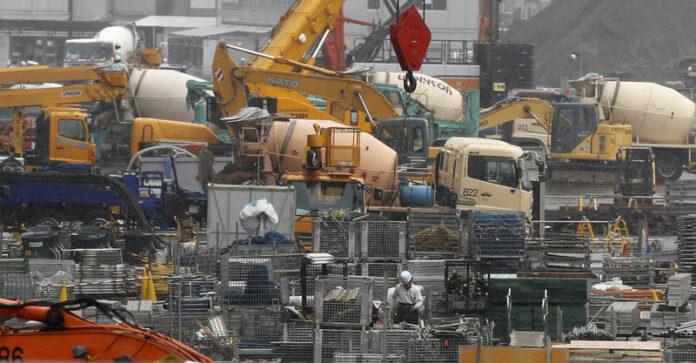 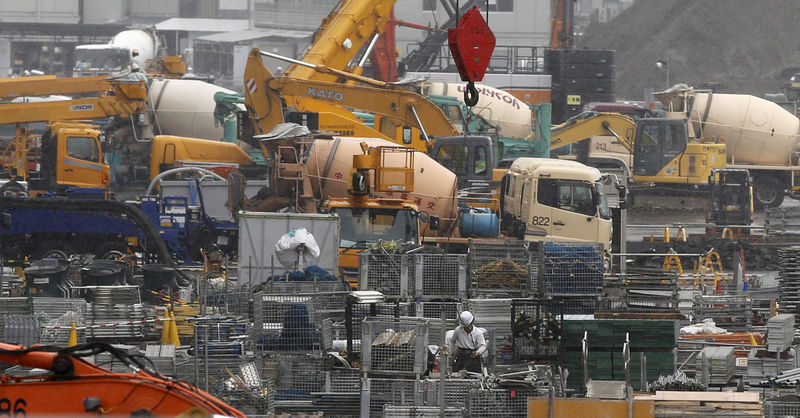 HONG KONG (Reuters) – Manufacturing activity across Asia slowed in July, deepening concerns about the region’s economic outlook as an intensifying trade conflict between the United States and China sent shudders through their trading partners.

A survey of purchasing managers released on Wednesday showed China’s manufacturing sector grew at its slowest pace in eight months in July, with new export orders suffering the worst slump since mid-2016.

Factory activity in the euro zone, where trade tensions were showing signs of easing, was expected to keep up the pace. In the United States it was seen cooling slightly, but still strong enough for the Federal Reserve to stay on track for two rate hikes this year even if it was likely to hold rates steady this week.

Last month, China and the United States slapped tit-for-tat tariffs on $34 billion of each other’s goods and another round of tariffs on $16 billion is expected in August.

U.S. President Donald Trump’s administration, according to a source familiar with its plans, is poised to propose 25 percent tariffs on a further $200 billion of imports, up from an initial proposal of 10 percent, and a threat of tariffs on the entire $500 billion-or-so goods imported from China still stands.

Beijing has pledged equal retaliation, although it only imports about $130 billion of U.S. goods.

China’s Caixin/Markit Manufacturing Purchasing Managers’ index (PMI) dropped to 50.8 from June’s 51.0, broadly in line with an official survey on Tuesday.

The headline number remained above the 50-point mark that separates growth from contraction for the 14th consecutive month, but a reading on new export orders showed a marked contraction at 48.4.

“It is clear that smaller manufacturers are reducing inventories for export deliveries and production is going down,” said Iris Pang, Greater China economist at ING in Hong Kong, adding this was evidence the trade conflict was starting to bite.

“This is just the beginning. If we see tariffs on the (extra) $200 billion, whether it’s 10 percent or 25 percent, it covers almost half of exporters. It will have a wide impact.”

The mood outside China, the main trade partner for most Asian economies, is turning sour as well.

In Australia, the PMI survey posted its lowest reading in two years. There was also a slowdown in Japan, although smaller than initially estimated.

PMIs showed a contraction in Malaysia, a slowdown in Vietnam and Taiwan, and a modest pick-up in Indonesia. South Korea’s exports showed slower than expected growth.

Morgan Stanley (NYSE:) analysts estimate an 81 basis point impact on global growth in a scenario of 25 percent tariff hikes across all imports from China and Europe, with the U.S. growth slowing by 1 percentage point and China’s by 1.5 points.

In Asia, Taiwan and South Korea would be the biggest collateral casualties due to their exposure to global supply chains.

In Europe, however, there were encouraging signs of de-escalation after Trump agreed last week to refrain from imposing car tariffs while the two sides negotiate cutting other trade barriers.

Indian PMIs will come out later in the day, just before the Reserve Bank of India announces its rate decision. Thirty-seven of 63 economists in a Reuters poll last week said the RBI will raise rates, as it aims to strike a balance between tamping down inflationary pressures as the rupee