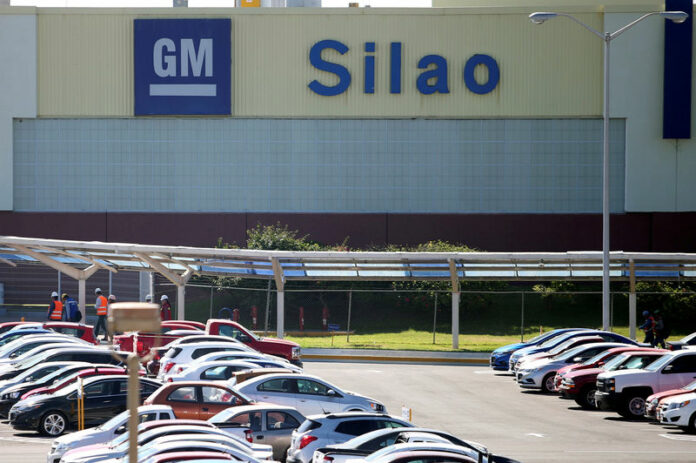 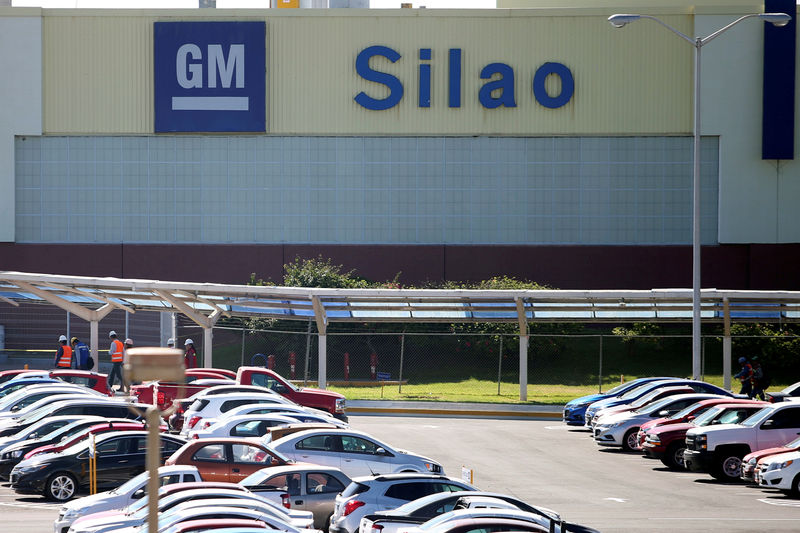 © Reuters. FILE PHOTO: A view of the plant of General Motors in Silao

TRAVERSE CITY, Mich. (Reuters) – The United States and Mexico are getting close to a deal on the key issue of autos content rules at talks to renew the NAFTA trade pact, Mexican and Canadian officials said on Wednesday.

Guillermo Malpica, head of the trade and NAFTA office for the Mexican government, also said the United States had “started showing more flexibility last week” on autos content and other topics at the negotiations, which have dragged on for almost a year.

Canadian trade negotiator Colin Bird told an auto industry conference in Michigan on Wednesday that NAFTA negotiators are making progress on auto content rules, and endorsed the concept of linking those rules to improving workers’ wages.

“Harnessing the power of trade agreements to promote higher wages is the kind of policy all three countries can get behind,” Bird said.

Malpica, speaking to reporters, said “we are getting close” to an agreement on the so-called autos rules of origin, which dictate how much of a vehicle must be made in the three NAFTA nations to qualify for duty-free status.

The Mexican peso spiked 0.2 percent to its strongest level of the day after news of progress on the autos element of talks, before slipping back. Some analysts forecast the peso will appreciate to below 18 per dollar from its current level of 18.6 if there is a deal.

Bird and Malpica said they are optimistic about the possibility of getting a deal to renew the North American Free Trade Agreement and are hopeful of progress when ministers from Mexico and the United States meet this week. Both officials cautioned that the issues remaining in the talks are challenging.

In May, Mexico offered to raise the autos content requirement to 70 percent from a current 62.5 percent. The United States is asking for the threshold to be 75 percent.

Malpica also said the United States was still pushing for a sunset clause that would require the treaty to be reopened every five years. Canada and Mexico strongly oppose the idea.

“Any one country being able to hold the agreement hostage every five years does not provide the certainty” businesses need to invest, Bird said.

Mexico and Canada support including in the main body of a renegotiated NAFTA provisions designed to set labor and environmental standards, Malpica and Bird said. Those issues are addressed in side agreements to the current NAFTA treaty.