Diesel cars fall out of fashion in Spanish green drive 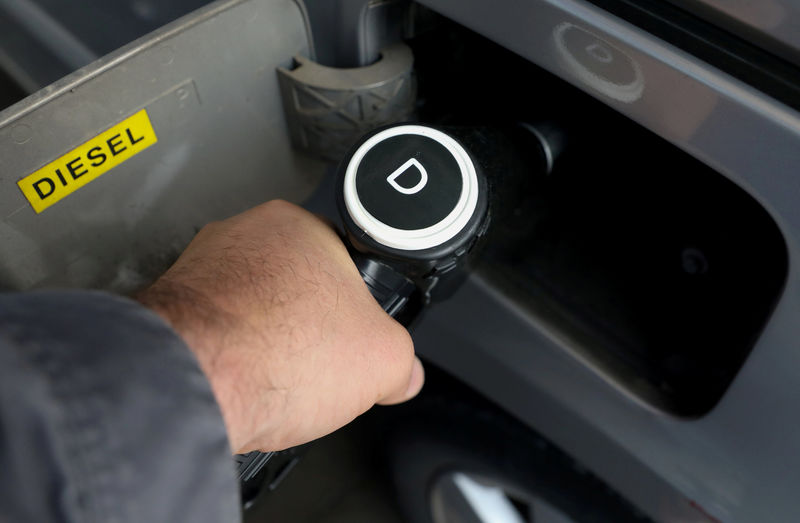 © Reuters. FILE PHOTO: A man fills up his car with diesel at a petrol station in Madrid

MADRID (Reuters) – Sales of diesel cars in Spain plunged in July, data showed on Wednesday, as public opinion turned sharply against a fuel which could lose its favorable tax treatment under a new Socialist government.

A scandal over emission-test cheating has prompted a global backlash against diesel cars and weighed on sales across the sector, and domestic politics have contributed to a reversal in Spaniards’ long-held enthusiasm for diesel.

That drop came just under a month after Prime Minister Pedro Sanchez’s government said it would close the current 30 percent gap between taxes on diesel and gasoline.

“It is clear that the climate that has been created in the last month around this technology has had an immediate and very negative impact on consumers’ perceptions,” Raul Morales of car dealers group Faconauto said in a statement.

Further bad news for the fuel came from Energy and Environment Minister Teresa Ribera – whose portfolio Sanchez fused to underline his commitment to sustainability.

“Diesel’s days are numbered,” she told parliament in July.

Such has been the volume of criticism that European Commissioner for Climate and Energy Miguel Arias Canete, a Spaniard, warned against “demonising” diesel.

Last year, 48 percent of new car buyers in Spain opted for diesel engines, a figure surpassed only in Italy, where 56.3 percent went for diesel.

Madrid is among several major cities including Paris, Mexico City and Athens planning to bar new diesel cars from their centers by 2025. Copenhagen wants to do so as soon as next year.