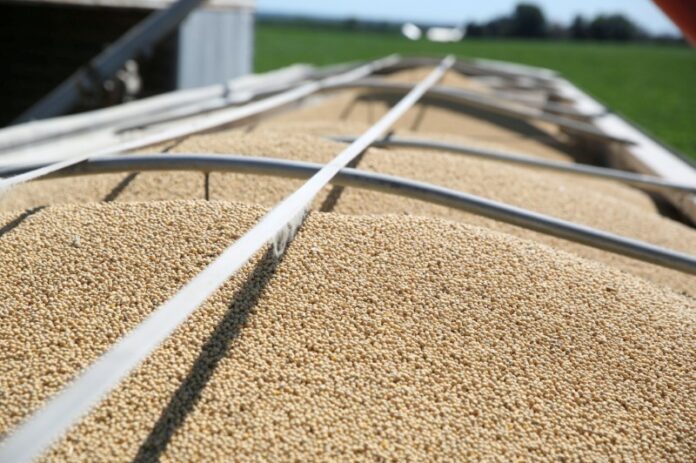 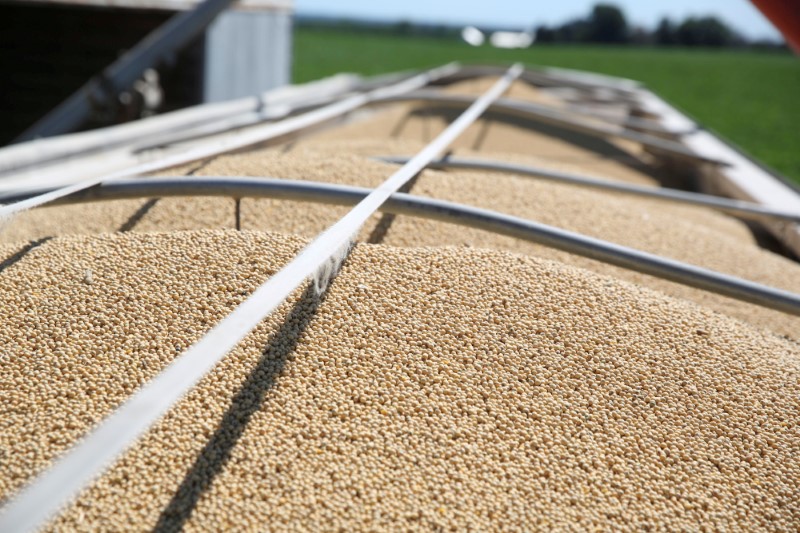 © Reuters. FILE PHOTO: Soybeans fill a trailer at a farm in Buda Illinois

BRUSSELS (Reuters) – EU soybean imports from the United States almost quadrupled early in the new marketing year, the European Union said, a week after it struck a deal with U.S. President Donald Trump to avert a trade row, as buyers responded to a sharp drop in prices.

The EU said in a statement that the collation of new bi-monthly import data showing the rise was “the first concrete follow-up to the EU-U.S. joint statement agreed in Washington between Commission President Juncker and U.S. President Trump”.

However, a spokeswoman for the Commission said the increase was thanks to market forces, rather than any concerted action on the part of the bloc in the wake of an transatlantic accord with Washington to fend off new tariffs.

Trump said the EU was going to start “to buy a lot of soybeans” after a deal last month in which the EU offered measures he could sell to voters ahead of November elections.

Market analysts said the surge was caused by plunging prices in June, as China largely stopped buying U.S. soybeans in retaliation for trade measures that Trump has targeted at Beijing.

As soy imports from Brazil and Paraguay fell sharply, U.S. exports to the EU increased by 283 percent in the first five weeks of the 2018/2019 marketing year compared to the same period last year, the EU executive said on Wednesday.

Just over a third of the EU’s imports of soybeans and soybean meal, mainly used in animal feed and in the production of soy milk, came from the United States, with Brazil remaining the main origin of EU imports.