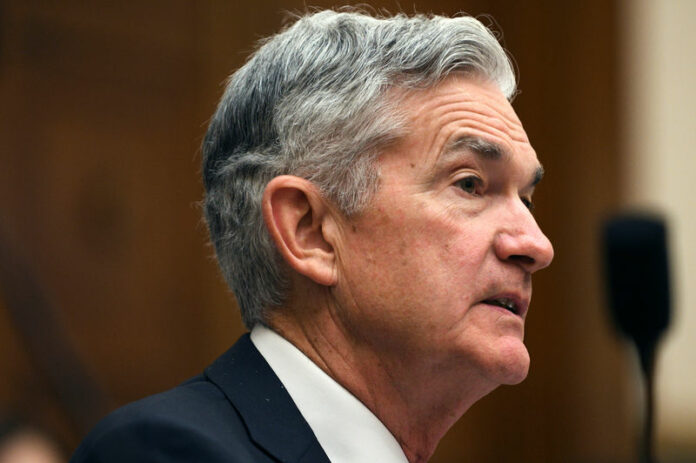 Fed Expected to Back Gradual Rate Hikes Despite Trump Criticism

Investing.com – While the Federal Reserve is widely expected to keep interest rates on hold when it announces its at 2:00 PM ET (18:00 GMT) Wednesday, it will likely emphasize its plans to continue with gradual rate hikes this year, despite recent criticism from President Donald Trump.

Trump told CNBC that he was in excerpts of an interview aired on July 19.

“I don’t like all of this work that we’re putting into the economy and then I see rates going up,” he explained, although he added that he was “letting them do what they feel is best.”

Markets expect the Fed to keep rates steady at 1.75%-2.00% at Wednesday’s decision, but are pricing in the FOMC’s self-professed intention to gradually hike with another increase forecast for September and the probability for an additional increase in December hovering around 70%, according to Investing.com’s .

The Fed has already hiked twice in 2018 and increased interest rates a total of seven times since December 2015.

Recent data lent support to the central bank’s intentions, with second-quarter growth at , its strongest rate in nearly four years.

Labor market data have been strong, with economists forecasting the July jobless rate to drop back to when the report is released this Friday.

The diminishing slack in the labor market is expected to increase wages, providing upward inflationary pressure. Indeed, the most recent – which shows current economic conditions in the 12 Federal Reserve districts – noted growing signs that companies were “raising compensation to attract and retain employees”.

Fed chairman that it was “difficult to predict the ultimate outcome of current discussions over trade policy,” but insisted that the risk of the economy unexpectedly weakening was roughly balanced with the possibility of the economy growing faster than the Fed anticipated.

Add in the fact that trade tensions seem to be thawing after the .

On Tuesday, it was further reported that the aimed at avoiding a full-blown trade war between the world’s two largest economies.

Although Wednesday’s decision, unaccompanied by economic projections or a press conference from Powell, is not anticipated to change the Fed’s playbook, the central bank may choose to reinforce its position.

“A rapid economic expansion, above-target inflation and a slice of better news on trade could mean a more forceful statement of intent from the Federal Reserve,” ING economists said.