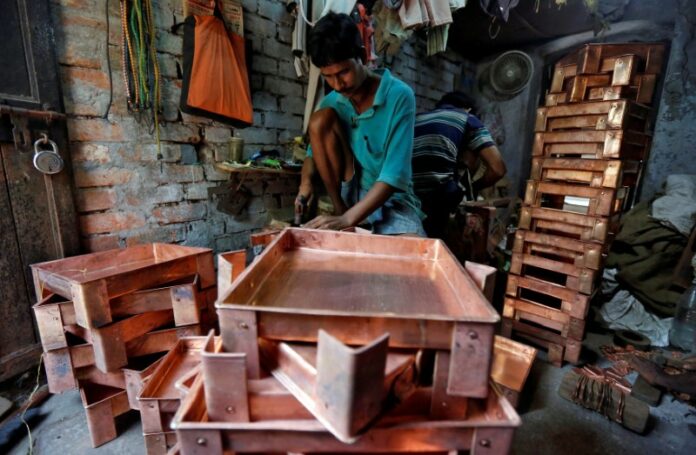 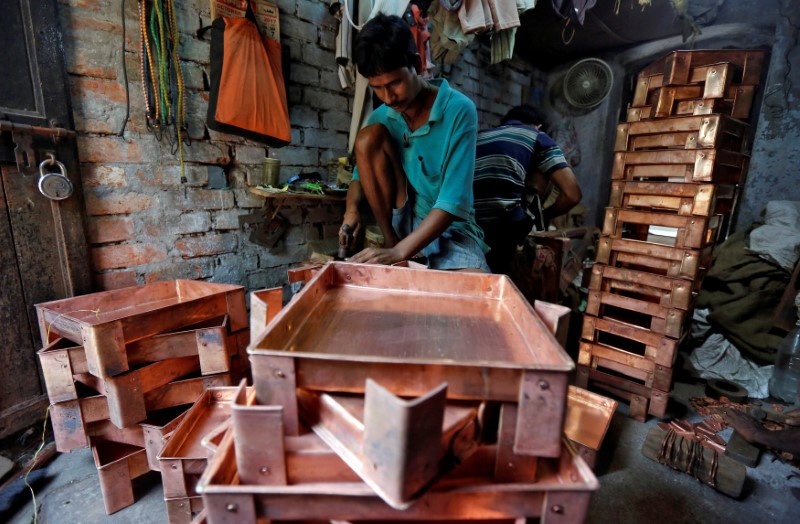 © Reuters. FILE PHOTO: A worker makes copper trays inside a workshop in Kolkata

Yet the index has now held above the 50-mark that separates growth from contraction for 12 straight months, indicating the economy was on a reasonably solid footing and could retain the title of fastest growing major economy in the coming quarters.

“The recent improvement in Indian manufacturing conditions lost some impetus in July, with softer rises in output, new orders and employment all recorded,” Aashna Dodhia, an economist at IHS Markit, said in a release.

“However, we must not lose sight of the fact that the sector continued on a steady expansionary path, as production and new business rose at marked rates.”

Foreign demand expanded at a slightly slow pace, though July marked the ninth consecutive month of growth despite a U.S.-driven international trade war that is expected to tap the brakes on global growth. [ECILT/WRAP]

Indeed, some respondents remained doubtful over the economy’s growth prospects.

On the cost front, the pace of increase in both input and output prices slowed slightly last month, keeping overall inflation on track to ease a bit from June’s five-month high annual pace of 5.0 percent. [nENNI740SE]

However, that is unlikely to prevent the Reserve Bank of India from tightening monetary policy as expected on Wednesday, according to a Reuters poll. If the predictions prove correct, it would be the first time since October 2013 the central bank had raised borrowing costs at two consecutive policy meetings. [ECILT/IN]