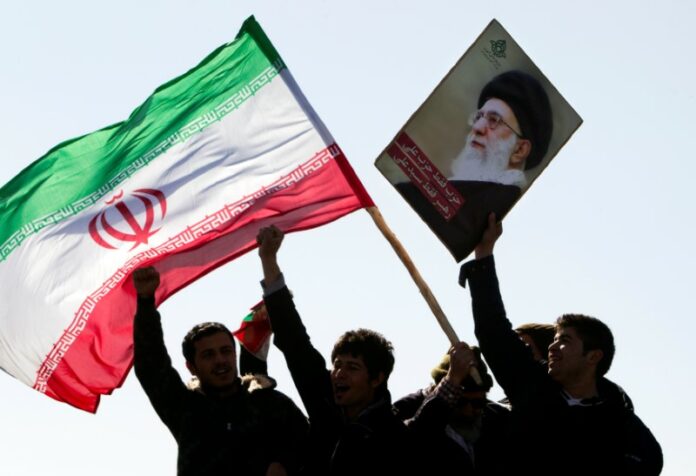 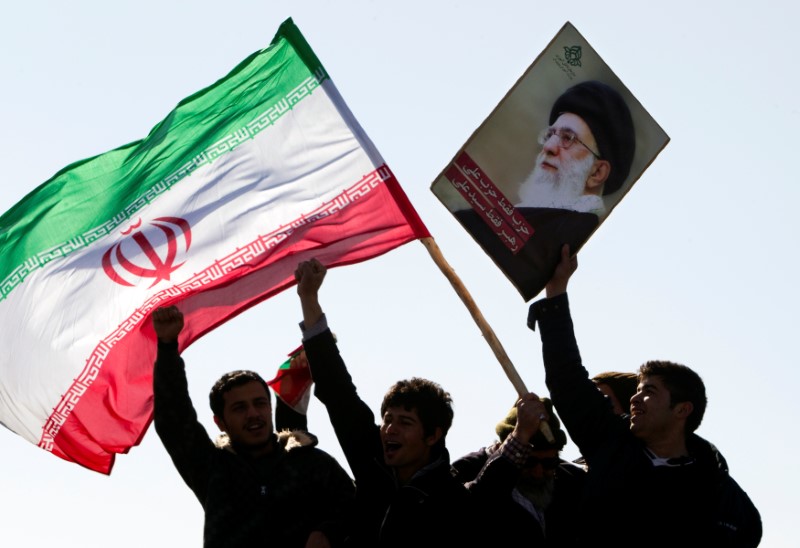 © Reuters. FILE PHOTO: Demonstrators attend a ceremony to mark the 33rd anniversary of the Islamic Revolution in Tehran

WASHINGTON (Reuters) – The United States believes Iran is preparing to carry out a major exercise in the Gulf in the coming days, apparently moving up the timing of annual drills amid heightened tensions with Washington, U.S. officials told Reuters on Wednesday.

Iran has been furious over U.S. President Donald Trump’s decision to pull out of an international nuclear deal and reimpose sanctions on Tehran. Senior Iranian officials have warned the country would not easily yield to a renewed U.S. campaign to strangle Iran’s vital oil exports.

The U.S. military’s Central Command confirmed that it has seen an increase in Iranian activity, including in the Strait of Hormuz, a strategic waterway for oil shipments that Iran’s Revolutionary Guards have threatened to block.

“We are aware of the increase in Iranian naval operations within the Arabian Gulf, Strait of Hormuz and Gulf of Oman,” said Navy Captain Bill Urban, the chief spokesman at Central Command, which oversees U.S. forces in the Middle East.

“We are monitoring it closely, and will continue to work with our partners to ensure freedom of navigation and free flow of commerce in international waterways,” Urban added.

Urban did not provide further information or comment on questions about the expected Iranian drills.

But U.S. officials, speaking to Reuters on condition of anonymity, said Iran’s Revolutionary Guards has appeared to prepare more than 100 vessels for exercises. Hundreds of ground forces could also be involved.

They said the drills could begin within the next 48 hours, although the precise timing was unclear.

Details of the Iranian preparations were first reported by CNN.

U.S. officials said the timing of the drills appeared designed to send a message to Washington, which is intensifying its economic and diplomatic pressure on Tehran but so far stopping short of using the U.S. military to more aggressively counter Iran and its proxies.

Iran’s currency plumbed new depths this week as Iranians brace for Aug. 7 when Washington is due to reimpose a first lot of economic sanctions following Trump’s withdrawal from the nuclear deal.

A number of protests have broken out in Iran since the beginning of the year over high prices, water shortage, power cuts and alleged corruption.

On Tuesday, hundreds of people rallied in cities including Isfahan, Karaj, Shiraz and Ahvaz in protest against high inflation caused in part by the weak rial.