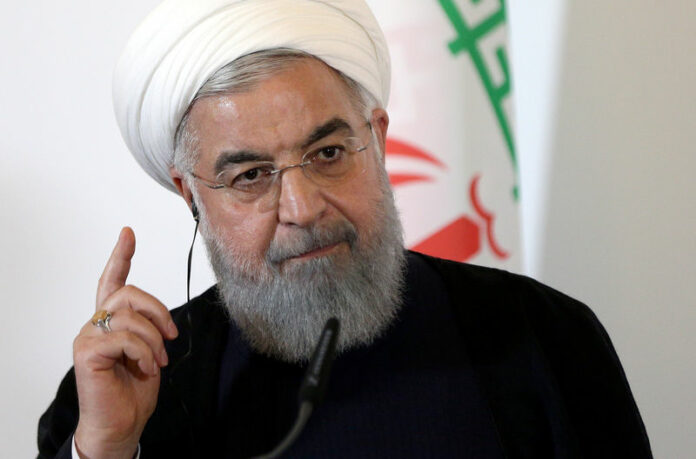 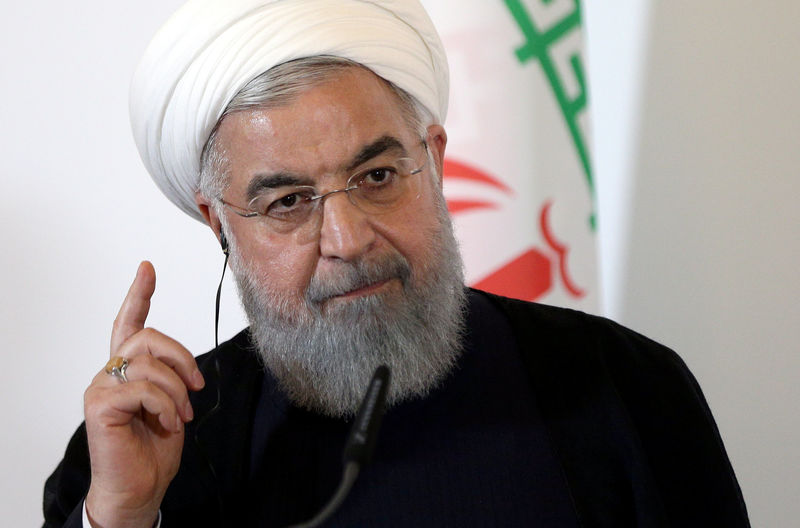 LONDON (Reuters) – Iranian lawmakers have given President Hassan Rouhani one month to appear before parliament to answer questions on his government’s handling of Iran’s economic struggles, state media reported on Wednesday.

It is the first time parliament has summoned Rouhani, who is under pressure from hardline rivals to change his cabinet following a deterioration in relations with the United States and Iran’s growing economic difficulties.

Lawmakers want to question Rouhani on topics including the rial’s decline, which has lost more than half its value since April, weak economic growth and rising unemployment, according to semi-official ISNA news agency.

Rouhani, a pragmatist who reduced tensions with the West by striking a nuclear deal in 2015, is facing a growing backlash since U.S. President Donald Trump pulled out from the pact in May and said he will reimpose sanctions that seek to throttle Iran’s economy, including its lifeblood oil exports.

ISNA said lawmakers also want to Rouhani to explain why, more than two years after the landmark deal, Iranian banks still have only limited access to global financial services.

The nuclear accord curbed Iran’s nuclear program in return for lifting most international sanctions.

Rouhani’s summons coincides with further shows of public discontent. A number of protests have broken out in Iran since the beginning of the year over high prices, water shortage, power cuts, and alleged corruption in the Islamic Republic.

On Tuesday, hundreds of people rallied in cities across the country, including Isfahan, Karaj, Shiraz and Ahvaz, in protest against high inflation caused in part by the weak rial.

Parliamentary speaker Ali Larijani was quoted by state television as saying that Rouhani will have one month to attend a parliamentary session and address the issues.

Rouhani canceled an interview on state television last week, a move that seems to have encouraged many lawmakers to question him about his economic records in the parliament.

The government had managed in previous years to cancel calls for questioning Rouhani in parliament by convincing lawmakers to withdraw their questions. It seems such lobbying efforts by the government have failed this time.

“Some lawmakers, who were convinced to take back their questions, were encouraged by other members of parliament to submit the questions again,” Amiri was quoted as saying by Tasnim news agency.

Trump said on Monday that he would be willing to meet Rouhani without preconditions to discuss how to improve relations, but senior Iranian officials and military commanders rejected the offer as worthless and “a dream”.

Addressing Washington, Hesamoddin Ashna, a Rouhani advisor, said in a tweet on Wednesday that “You launched an economic war against us by imposing sanctions. First stop this war and then ask for talks. Without preconditions means without sanctions.”

In a separate letter to Rouhani on Wednesday, 193 lawmakers welcomed these changes “as a good starting point” and asked for the “maximum shake-up” in the government.

Minister of Cooperatives, Labour and Social Welfare Ali Rabiei has also been summoned by lawmakers, state media said, and he has 10 days to defend his efforts to tackle unemployment.

In a letter to the head of judiciary, about 200 lawmakers called for “firm punishment of the economic disruptors” who they said had caused market volatility in order to generate income.

Tehran police chief General Hossein Rahimi said on Tuesday that 35 people had been arrested in recent days for disrupting the foreign exchange and gold coin market.