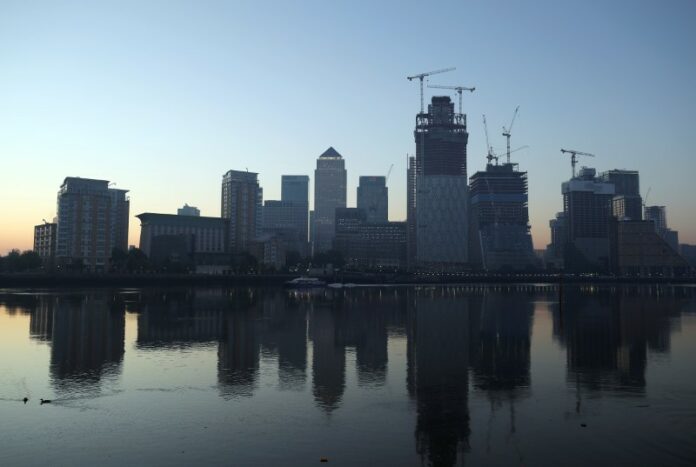 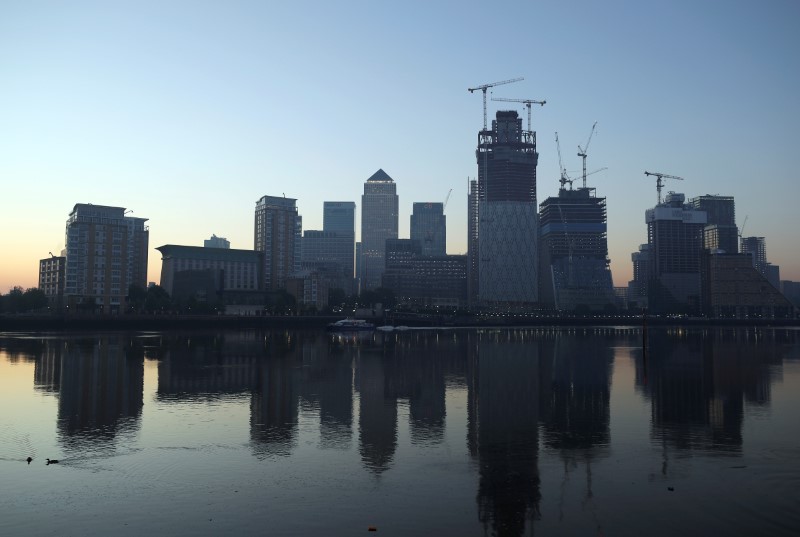 © Reuters. The Canary Wharf financial district is reflected in the river Thames on a sunny morning in London

LONDON (Reuters) – With the Bank of England looking poised to raise interest rates to a new post-financial crisis high, evidence about the health of Britain’s economy appears mixed.

Most economists polled by Reuters think the BoE will raise rates to 0.75 percent on Thursday, although given the conflicting signals ahead of Brexit, some think this may prove unnecessary.

Inflation and pay trends have been subdued of late, although most indicators of economic growth point to a modest rebound from a weak start to the year that the BoE believes was caused by bad weather.

Below are a few other indicators, some of them less closely watched, which also show the mixed fortunes of the world’s fifth-biggest economy.

Movements in Britain’s commercial property can be a good guide to shifts in the wider economy.

The Royal Institution of Chartered Surveyors’ Commercial Market Survey was one of the first that pointed to a serious slowdown on the way ahead of the 2008/09 recession.

It generally links well with the closely watched IHS Markit/CIPS Purchasing Managers Index, a gauge of the wider economy.

The RICS survey has pointed to slowing activity in the commercial property market lately, and although the PMI has yet to follow suit, it may do soon if history is a guide.

(For a graphic on ‘UK commercial property’ click https://reut.rs/2mY0zMO)

Although consumer confidence has mostly held up in recent months, there are longer-term warning signals about the financial health of consumers.

Official data last week showed the number of people in England and Wales registering as insolvent hit a six-year high in the second quarter.

The Office for National Statistics also said households’ outgoings surpassed their income last year for the first time since 1988, adding to concerns about debt problems among many consumers.

(For a graphic on ‘UK personal insolvencies’ click https://reut.rs/2JZ6D0D)

Wage growth has repeatedly failed to pick up as the BoE has forecast although the central bank has become less bullish about the outlook more recently.

In May the BoE said it thought overall wage growth would average more than 3 percent in 2018 and 2019 — it stood at 2.5 percent in its most recent reading — but some economists think even that may prove optimistic.

They argue that under-employment, rather than unemployment, should be the main gauge of labor market slack. It remains elevated compared with pre-financial crisis levels.

A look at the relationship between wage growth and the unemployment rate over the last 15 years shows pay has failed to budge significantly higher — as would typically be expected — despite the jobless rate falling to its lowest since the 1970s.

(For a graphic on ‘Unemployment and pay’ click https://reut.rs/2M98BgH)

BoE Governor Mark Carney has had to endure the “unreliable boyfriend” epithet that a lawmaker gave him in 2014 after apparently flip-flopping over guidance about interest rates.

Carney says the BoE’s guidance is aimed at consumers and businesses rather than traders and journalists. Still, the BoE’s last survey of public attitudes showed a quarter of people — a record high — had no idea where interest rates were headed.

The British Chambers of Commerce has argued against a rate hike on the grounds that its member firms prefer a stable path for monetary policy during times of such political uncertainty.

No major business surveys are showing levels of growth in Britain’s private sector that in the past have been consistent with interest rate increases from the BoE.

The Lloyds (LON:) Business Barometer shows business confidence remained subdued ahead of Brexit and has weakened of late.

But the Bank of England thinks the “speed limit” of Britain’s economy — the rate of growth it can sustain without generating excess inflation — has dropped to around 1.5 percent year-on-year.

If the BoE is right, rate hikes will be needed at weaker levels of growth than in the past in order to keep inflation under control.

(For a graphic on ‘Lloyds Business Barometer’ click https://reut.rs/2M8VZGq)