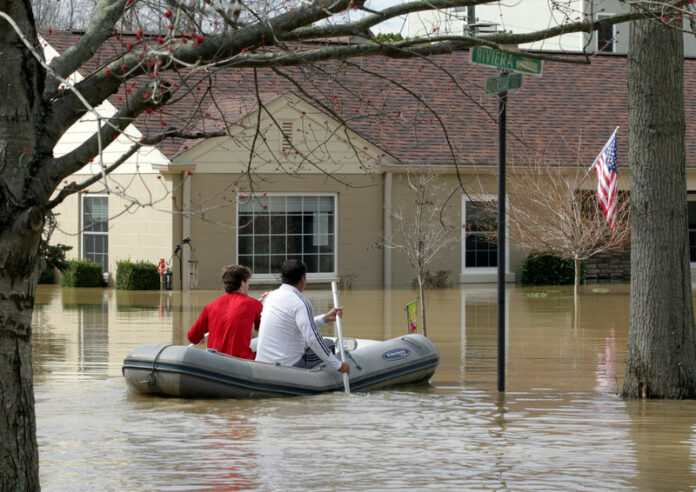 Your Money: How to wade into the daunting waters of flood insurance 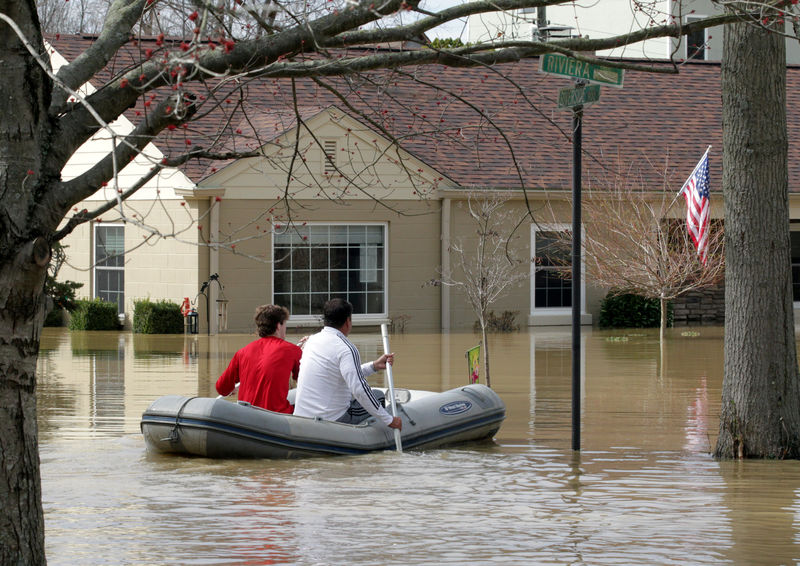 (In July 31 story, corrects date of congressional approval to Tuesday instead of Wednesday, paragraph 6)

NEW YORK (Reuters) – Donna Childs recently bought a home in Rhode Island about 5 minutes from the Pocasset River, and, despite past flooding, everyone told her she did not need flood insurance.

As a risk management expert, she knew better.

“I’m far from the water, but basically for the cost of a Starbucks (NASDAQ:) (coffee), I can have insurance,” Childs, author of “Prepare for the Worst, Plan for the Best,” said in a recent interview.

Many people decide to invest in flood insurance policies after a scary weather event. But sometimes they let the insurance lapse because it is too expensive, and also because they might misunderstand that familiar term from news and weather reports, “100-year flood.”

It is natural to think that “100-year flood” means that once a big flood hits, you then have 99 more years before you have to worry about another one. But what it actually refers to is a flood event that has a 1 percent chance of occurring in any given year, said Lynne McChristian, consultant with the Insurance Information Institute and a professor of risk management at Florida State University.

Even the U.S. government, which provides funding for the National Flood Insurance Program (floodsmart.gov), is examining whether flood insurance is worth the cost. The 50-year-old program was set to expire by July 31, but Congress on Tuesday approved a stopgap extension hours before the deadline to take it through hurricane season.

With so many recent flooding disasters – from hurricanes Sandy, Harvey and Maria to unnamed ones like the waters that overtook Ellicott City, Maryland, in May – payouts are huge, raising the cost of premiums.

Since flood insurance tends to be bought only by certain residents of the most danger-prone areas, it is expensive because the risk pool is not large enough to spread around the cost. The NFIP has only about 5 million policies in force, despite the fact that flooding can hit any part of the United States at any time, even if it is only a creek overflow or sewer backup.

The biggest mistake people make with flood insurance is that they believe it is included with their homeowners’ policy. In reality, it is specifically excluded.

While the lack of coverage is usually noted in a footnote on annual declarations for homeowners’ policies, some states are making an effort to better inform consumers. Florida, for instance, mandates that policy statements point this out in big bold letters.

Many homeowners also think that in the event of flooding, the Federal Emergency Management Agency will come to their aid. Yet FEMA grants come into play only in major disasters, and even then they will likely not cover the cost to rebuild your home. Most funds available to homeowners are in the form of loans.

For those who do wade into the flood insurance process, the government is not the only option, said Craig Poulton, an insurance consultant based in Utah. Private companies broker policies for the National Flood Insurance Program, and there are also fully private policies, underwritten by insurance companies.

The range of coverage is large. Donna Childs’ very low-risk house costs just $350 a year to insure against flooding. A mansion on a coastal waterway in Florida may run $2,500 or more.

On average, homeowners pay $700 annually for flood insurance, according to the Insurance Information Institute. The NFIP will insure only up to $250,000 in losses, but private insurance can go into the millions.

The amount is largely determined by the flood map for your area, which assigns risk zones. These are drawn with very broad strokes – not gerrymandered like political precincts.

First, decide what risk you are willing to take and how much you are comfortable spending for protection.

The best way to save is to obtain a flood elevation certificate specifically for your house, which could cost from $500 to $800 from a survey company or engineer.

If you live in a high-risk area but happen to be in a safer section, you could shave hundreds of dollars a year off your insurance bill.

Some municipalities are jumping in to help residents get these certificates. New York City, for one, has a pilot program funded by Hurricane Sandy recovery money to provide free certificates for homeowners, said Rachel Stein, deputy director of sustainability and resiliency for the Center for NYC Neighborhoods.

Another way to lower costs is to install flood vents in your crawl spaces to help give the water a path to exit your house instead of building up.

When purchasing flood insurance, you could also consider a policy to cover just the structure of your house and not the contents to save money. It is a risky move if a flood hits, because if water comes into your house, all of your stuff will be soggy.