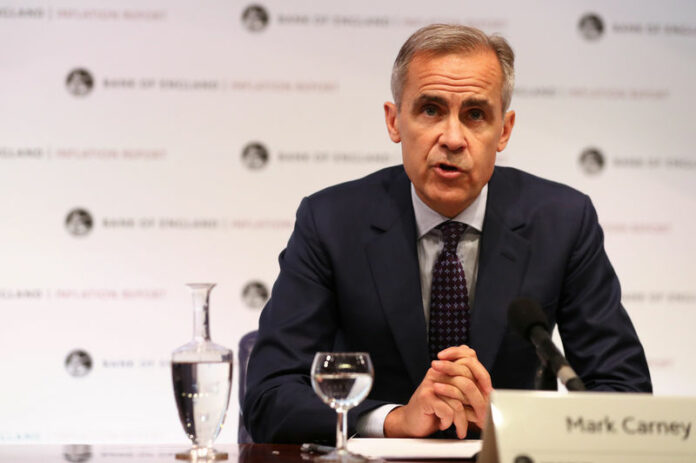 Bank of England raises rates above crisis lows, signals no rush for next hike 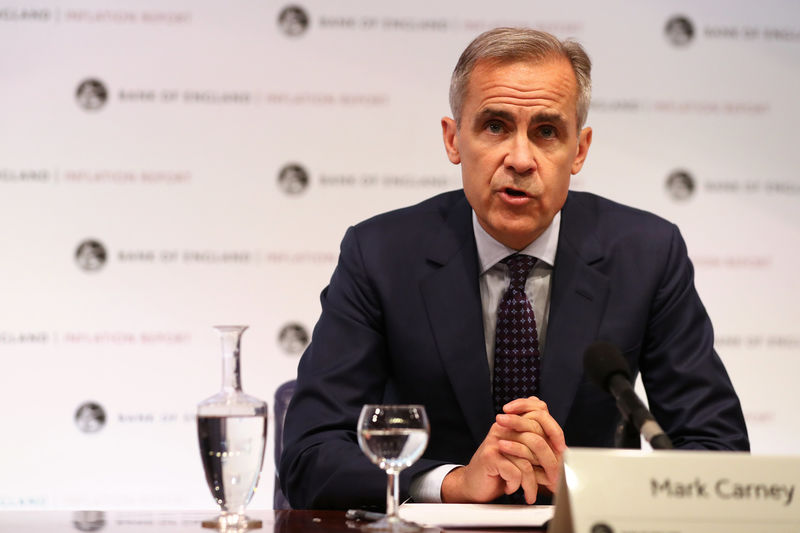 By William Schomberg and David Milliken

LONDON (Reuters) – The Bank of England pushed interest rates above their financial crisis lows on Thursday but signaled it was in no hurry to raise them further as Brexit approaches with its terms still unclear.

The BoE’s nine rate-setters were unexpectedly unanimous in their vote to raise rates to 0.75 from 0.50 percent, the level at which they have spent most of the past decade apart from 15 months after the Brexit vote when they were cut even lower.

Economists polled by Reuters had mostly expected a 7-2 vote in favor of raising rates.

The BoE said Britain’s economy, while growing more slowly than in the past ahead of Britain’s departure from the European Union next year, was operating at almost its “speed limit,” or full capacity, raising the prospect of more home-grown inflation pressure ahead.

But the message for interest rates remained one of gradual and limited increases as the central bank saw inflation only a fraction above its 2 percent target over the next few years.

The forecast was based on bets by investors who expect another rate hike only in late 2019 or early 2020, with Bank Rate creeping up to 1.1 percent in late 2020. That was a fraction lower than a projection of rates of 1.2 percent the last time the BoE published forecasts for the economy in May.

“The economy has done just about enough for the Bank of England to justify a hike today. But no one should get too excited about this being a sign of things to come,” said Luke Bartholomew, an investment strategist at Aberdeen Standard Investments.

“It is almost unthinkable that the Bank of England will follow up with further rate rises in the next few months given the risks on the horizon.”

The world’s fifth-biggest economy has slowed since the referendum decision in 2016 to leave the EU.

With less than eight months until Brexit, London and Brussels — as well as key members of Prime Minister Theresa May’s Conservative Party — remain far apart on what their future trading relationship should look like.

The BoE said the economy “could be influenced significantly by the response of households, businesses and financial markets” to news on Brexit.

But the central bank continued to stress that Britain’s economy was at risk of too much inflation even with slow growth.

The central bank said inflation in two years’ time was likely to be 2.09 percent, above the BoE’s 2 percent target.

The BoE said it expected Britain’s economy would grow by 1.4 percent this year, unchanged from its forecast in May, but it nudged up its forecast for growth in 2019 to 1.8 percent from a previous projection of 1.7 percent.

Wages were likely to be growing by an annual 2.5 percent at the end of this year, a bit slower than forecast in May, before picking up to 3.25 percent in 2019, unchanged from before.

Several private-sector economists have challenged the BoE’s view that inflation pressures are building and say raising rates now only risks a U-turn by the central bank if Britain fails to get a Brexit deal.

BoE Governor Mark Carney has said all bets on future BoE rate hikes would be off if there is a no-deal Brexit.

Some investors think the risk of a global trade war is another reason for caution by the BoE.

In its statement on Thursday, the central bank said it saw “tentative signs that actual and prospective protectionist policies were starting to have an adverse impact” on global trade.

It also fleshed out its thinking on how far it is likely to go with its planned rate hikes by publishing a new long-term forecast for what it called Britain’s trend real interest rate, or “R*”, of zero to 1 percent, more than 2 percentage points below its pre-financial crisis level.

Adjusted for the BoE’s inflation target, this would imply Bank Rate of 2-3 percent to keep growth and inflation rates stable when the economy is running at full capacity.

In the shorter term, the Bank Rate implied by a so-called equilibrium real interest rate, or “r*”, was likely to be somewhat lower, the BoE said but it did not give an estimate.

Carney is due to give a news conference to explain the central bank’s latest thinking at 1130 GMT.